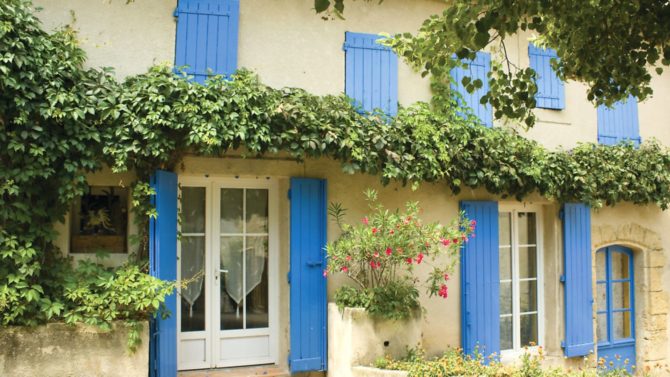 Britain has voted to leave the EU. There has been much speculation about whether Brits will still be able to buy property, live and work in France and what restrictions might they face. Nothing is certain, but we aim to keep you up to date with the latest developments and information

In the early hours of Friday 24 June it was announced that the British public had voted to leave the EU, with 52% of voters choosing to leave. The result naturally raises concerns for those who who want to buy property in France or who are already living in France. In the short term there is no reason for people to worry as it will be at least two years before Britain actually exits the EU. This negotiating period, established by the Treaty of Lisbon, could be further extended if the other states agree to this.

Brexit: will British expats still be able to live and work in France?

Would a Brexit mean I can’t buy a property in France?

“The first thing to say to prospective buyers is don’t panic. The decision to leave the EU will not preclude British people from buying property or from living in France. Plenty of non-EU citizens own property and live in France and plenty of Brits own property or live outside the EU.” Allan Bright, estate agent, Limousin Property Agents

Early discussions with our clients have shown that many still want to own a house in France, whether it is as a permanent home or a holiday home. Nothing will change for these people. Exchange rates may impact upon their budgets though. Undoubtedly the result will defer some clients’ decisions, but those clients could wait for ever for the ‘right conditions’. If you want to make the move then nothing really has changed. Indeed, it could be an opportunity – our enquiries are actually up today in comparison to a “normal” day.

The truth is that no one knows with any certainty what would happen if the UK left the EU. Given that there are some 400,000 British expats living in France, and there is alo a substantial number of French expats living in the UK, it is most unlikely that we would see the drastic changes suggested on many forums.

London, remember, is frequently described as France’s sixth city, so this is a two-way street and not just about Brits in France. This, for me, is another reason why the ‘hype’ of the current situation is being overplayed. Expats were living in France long before the EU came along, and they will continue to do so, no matter what.” Peter Elias, estate agent, Allez Français

“Following the referendum result we are now entering into a period of confusion. However, in practice withdrawing from the EU should not result in Brits being unable to own, buy or sell property in France, or indeed elsewhere in the EU. There is little doubt about this point: after all, it is well known that many citizens of countries outside of the EU, for example Russia and the US, already own in France. So many Brits already do live in and own properties in France that it would be unrealistic to expect that to have to change. However, with Britain outside the EU, Brits may find there might be more administrative requirements but it depends on the forms of agreement we negotiate with other EU countries.

Buying a property in France is a lifestyle choice because France is such a beautiful country. This decision by Britain to leave the EU does not change that.” Matthew Cameron, lawyer, Ashtons Legal

Would a Brexit mean I no longer have the right to live and work in France?

“One of the fundamental principles of the EU is the freedom of establishment – the right to live and work – anywhere within the EU. It could be a painful curtailment if that right were restricted in any way. It is this right, enshrined by the Treaty of Rome (the founding agreement of the European Union), that allows Brits to live permanently in France without having to apply for permission to do so.

For many years Europeans have no longer needed a visa to enter France, nor a carte de séjour to live there permanently. Now we have voted as a nation to leave the EU, one wonders whether we will find it just as easy to pack up our house in Britain and move to France permanently.

Will we start having to apply for an American-style ‘Green Card’ before we can live and work there? Will we be strictly limited on the time we can spend in the country? Will we need to submit to much more rigorous process at border controls going forward? This all depends on the treaties we negotiate with France and other EU countries.” Matthew Cameron, lawyer, Ashtons Legal

Leggett Immobilier, an estate agency selling properties across France, conducted a poll following the referendum which has shown that half of all their British clients considering buying a property in France, are doing so to move to the country permanently. “It is interesting to see that many of our clients are wanting to purchase property in order to make a permanent move to France,” said Trevor Leggett, chairman of Leggett Immobilier.

“Despite Brexit uncertainty, it seems that the British love affair with the relaxed French lifestyle, the wonderful culture and climate and the beautiful affordable property available here remains as strong as ever,”

Will a Brexit mean the GBP/EUR drops and I won’t be able to afford a property in France?

“The UK’s decision to leave the EU has sent shockwaves across the country and the wider world. The reaction in financial markets was immediate and dramatic, with shares crashing and the pound (GBP) plummeting to a 30-year low against the US dollar.

Those planning to buy property in France are understandably concerned that they will now no longer be able to afford to with the drops in the exchange rate. However, while the situation may be chaotic in the short term, the decision not to enact Article 50 means that the UK’s Brexit could take up to two years to materialise. Over the course of the negotiations the initial panic will subside and financial markets are likely to stabilise.

Although some analysts have projected that the pound could fall to parity against the euro in the weeks and months ahead, both the Bank of England and European Central Bank have offered assurances that they will step in to stabilise the market if the situation warrants.

If you’re a UK expat, own European property or are in the process of buying a property, it’s important to keep calm.

An intense reaction in the currency markets was expected but the movements have, so far, been less severe than the 20% drops in the Pound forecast by some analysts.

There are also international money transfer options you can consider which can help you limit your exposure to risk during this period of volatility. Some currency brokers allow you to fix an exchange rate for up to two years in advance of a transfer with a forward contract or help you keep your transfer within a certain range with Stop Loss and Limit Orders. Getting in touch with industry experts and talking through your requirements could help ease some of your concerns over the weeks to come. You may also want to consider signing up for market updates in order to stay on top of the latest currency news so you’re aware of any developments as they occur.

If you have any concerns or questions please get in touch. You can email us: [email protected] join us on Facebook and Twitter or visit our forum to discuss the situation with other expats.

Previous Article 10 insider tips for successful househunting
Next Article What are the tax implications of a Brexit for British expats?