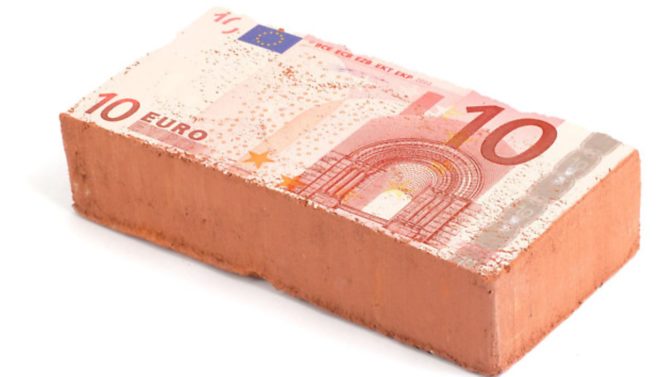 With a new president and a fresh budget for this year, taxation in France is seeing some changes. Christophe Dutertre explains those relating to the disposal of your assets

Since François Hollande was elected president, we have seen many changes in tax legislation which have been aimed at reducing French public debt.

If you are looking to retire from France, or want to manage your assets efficiently, it is worth taking time to review the taxation applicable when a non-French resident disposes of his French assets.

There are two ways of disposing of your assets in France: by gift or by sale.

As far as gifts are concerned, a person can give away property or moveable assets providing that he complies with either the law where the property is situated or the law of his residence.

For instance, an English resident wishing to give his French property to his children will have to follow French law regarding the form of the deeds of the house. The rule is locus regit actem, meaning the locality of the home regulates the act. The formality will be for a notaire to be appointed to prepare the deed of gift so that it can be registered at the French equivalent of the Land Registry.

The parties can either sign the deed in France or via power of attorney that would be signed in front of an English solicitor or a public notary and formally legalised with an apostille at the Foreign and Commonwealth Office.

As far as taxes are concerned, the disposal of a French property by a non-French resident will attract French gift tax. The rates and threshold are similar to inheritance tax, meaning that children would benefit from a threshold of €100,000 each before paying tax between 5% and 45%.

The rules are slightly different for the disposal of moveables such as shares of a company. It is not unusual to have English people owning property in France via a Société Civile Immobilière (tax-efficient property ‘company’). In that case, the disposal of the shares of the company by gift will be subject to French law, and the rules will be similar to disposal of a French property in accordance with Article 750TER of the French Civil Code.

However, the rules are different if the disposal relates to the shares of a foreign company that owns several properties around the world. The tax will only apply to the percentage that applies to the French property.

The double-tax treaty between France and the UK should apply to remove any inheritance tax that might arise on a gift of a French property, although I do not believe the treaty helps with any capital gains tax.

The second way to dispose of your assets is to sell them. The most common transaction is the sale of a French property by someone who is a non-French resident.

However, different clauses of the contract do not need to comply with French law and the parties can decide that the price will be stipulated in different currencies, such as pound sterling. In that case the price can be paid between the parties, but a value in

euros will also need to be indicated in the deed for tax purposes.

Since August 2012 any sale of shares of a French company, including an SCI, will also have to be registered in an authentic deed received by a French notaire.

Prior to that date the parties could sign a deed and register it directly with the tax administration. However, the law dated 14 March 2012 has now imposed a requirement for an authentic deed for the sale of French shares, including shares held in an SCI.

As far as French taxes are concerned, the disposal of a French property will attract the payment of stamp duty by the purchaser at a rate of 5.09% and the payment of capital gains tax by the seller.

Capital gains tax has recently changed since Mr Hollande’s appointment. The rate for a non-French resident living in the EU is 19%. However if you live outside the EU the rate of tax is 33.3%.

In addition, the French government has decided to add the French social contribution of 15.5% to the 19% and 33.3% rate. A non-French resident disposing of his French property will now be subject to capital gains tax at a rate of 34.5% if he lives within the EU and 48.5% if he lives outside the EU.

Several tax experts have already expressed their disappointment and feel that the additional taxes to be paid should not be borne by non-French residents because they do not benefit from the French system, and they feel that it is discrimination. The good news is that the French government has decided to add a 20% reduction to the capital gains tax scale applicable after the fifth year of ownership but this allowance will only apply for 2013.

At the time of writing, I am sure that the French government has not yet finished with the 2013 budget and I would not be surprised if new rates or amendments are brought in over the course of the next few weeks. The Constitutional Council has recently rejected the application of the controversial tax rate of 75% on income exceeding €1,000,000, which was a key issue in president Hollande’s 2012 election campaign.