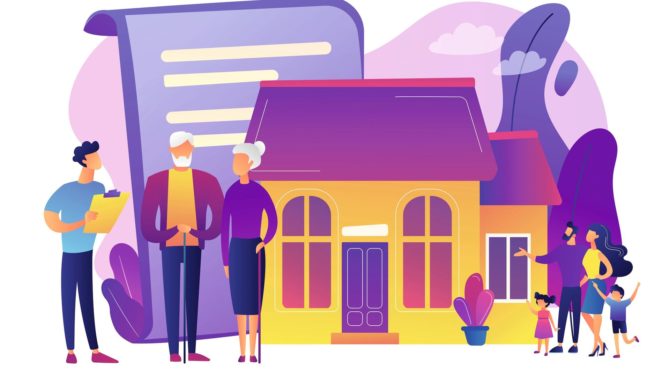 What’s the best way to pass on your French property and ensure you don’t pay too much tax? Financial expert Rob Kay reports

If you are considering a permanent move to France you need to think about how your assets will be treated after your death. The succession rules in France are very different to those in the UK. While in the UK your focus may be on deciding how to divide up your estate among your heirs and mitigating inheritance tax, in France you also need to plan for succession law.

French succession law applies to the worldwide assets of French residents – except non-French property. It also applies to French property belonging to non-residents of France, even if held in a French company. Its forced heirship rules mean that you cannot freely leave assets to whomever you wish.

RESERVED HEIRS
Where the deceased spouse has prepared a will, any children of the deceased, whether from within the current marriage or outside that marriage, are ‘reserved heirs’ who are entitled to up to 75% of the deceased’s estate, even in preference to the current spouse. Your will – in whichever country it might have been written – will be ignored if it attempts to override these reserved-heir rights (unless you use the EU succession law, see below).

If the deceased does not have any children, a current spouse will become a protected heir and will be protected up to 25% of the estate. This does not extend to PACS (civil) partners. The rest of the estate is freely disposable (and can also be left to the spouse). This can be a big problem for people who have children from an earlier marriage or relationship, and even for those who do not, who want the spouse to inherit their assets on their death rather than the children.

SUCCESSION TAX
Where an individual is resident in France when they die, each heir pays succession tax on their inheritance. This applies to worldwide assets (although a tax credit can be given for tax paid abroad).

There is no tax on inheritances between spouses, but lifetime gifts are taxable at 5%-45% with a €80,724 allowance.

If you have adult children from a previous relationship and then remarry, you may not think of them as your spouse’s stepchildren. But if you leave assets to your partner (tax-free), who then passes them to your children from a previous relationship when they die, they would be taxed at the highest possible rate as non-relatives. A €400,000 inheritance, for example, would present a tax bill of €58,195 for a biological child, but a staggering €239,044 for a stepchild.

FRENCH OR BRITISH WILL?
Ideally, you should have a French will to cover your French assets and, if you have assets in the UK, a UK will to cover those.

If you want your estate to be divided under relevant UK succession law instead of French law, the European succession regulations (‘Brussels IV’) allow you to elect, via your will, for the laws of your country of nationality to apply. This was a welcome development for UK nationals living in France who wish to avoid French succession laws and this EU regulation still applies to British nationals living in France after Brexit. Nonetheless, you should take specialist, personalised advice first since choosing UK law may have tax consequences you are not aware of.

If you use Brussels IV to leave assets to more distant or non-relatives, you also need to watch out for high succession tax rates that apply in these cases and see if you can take steps to mitigate them.

Note that a controversial new law has the potential to prevent Brits from opting out of the French rules that ensure children inherit property.

In any case, there are things you can do to avoid some of these problems created by French succession law and tax. If you have not yet bought your French property, you should take personal advice before buying it – as matters may be sorted out by simply reviewing how the property should be held – and before moving to France.

Even some of what people think of as the obvious answers, such as putting a property in the name of their children, for example, to avoid taxes on death, can have unexpected effects, some of which are actually to increase the tax liability.

Rob Kay is a Senior Partner at Blevins Franks