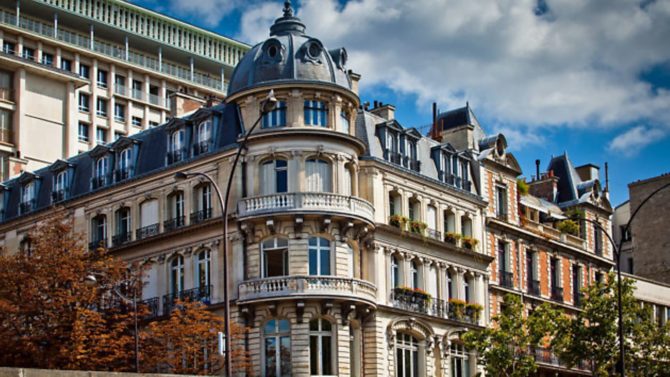 Before you buy, make sure you understand how the system of apartment co-ownership in France works

What is a copropriété?

The way ownership of apartments in France works is somewhat different to the way it works in the UK, and it is sensible to make sure you understand the differences before proceeding with a purchase.

You will have different types of ownership of various parts of the building. For the apartment itself, you will have full private ownership rather like our freehold ownership. Generally, it is yours to do with as you wish. This is known as a partie privative (private part).

Most of the rest of the apartment block is owned jointly by all the apartment owners. Each owner is said to own a certain number of the common parts of the building and is a co-owner of these parts.

These are the areas that may be used by all of the co-owners, such as corridors, walkways, common parking spaces and so on. The whole building is known as a coproprieté (co-ownership) and the joint owners are called copropriétaires (co-owners).

Each owner will be allocated a share of the common parts based mainly on the size of the private parts of the property owned by them. Each owner pays maintenance charges according to the number of private parts owned. There may be other parts that are owned privately such as ski lockers, storage rooms and private parking spaces. Some parts may be owned jointly by the co-ownership but used by only one of the owners. These are common parts of which an owner has exclusive use (jouissance privative), such as a garden on the ground floor.

It is important to check at the time of purchase who is responsible for the cost of maintaining these parts. It will depend what was agreed with the co-ownership when the space was allocated for exclusive use.

How does a copropriété work?

The owners are jointly responsible for running and maintaining the building and therefore it is necessary to have some rules and regulations, which are all contained in a document called the règlement de copropriété. This document states what can and cannot be done in and around the building, such as:

• not leaving bicycles or other equipment in the corridors

• not causing a nuisance to neighbours with noise or vibration

• not painting your shutters a colour which has not been agreed by the co-ownership.

There will be many others, but generally these rules are for the benefit of all concerned. They are mainly to do with preserving the appearance of the building and maintaining harmonious relations.

Also contained in the règlement de copropriété are the regulations relating to meetings. All co-ownerships must have an annual general meeting as a minimum legal requirement but there will be provision for other meetings that may be needed, for example if urgent works are necessary.

There will be information on how voting takes place and decisions made, i.e. unanimously or by majority. The day-to-day management of the building, organisation of repairs and so on is usually entrusted to a syndic (manager), who may be one of the owners or perhaps an estate agent. The syndic may be aided by a syndicat (committee).

Since the Loi Alur came into force in 2015, vendors are obliged to provide certain documents and information to purchasers of their apartment, including the règlement de copropriété, which was often not previously provided until the day of completion of the sale. As this document can be 100 pages long, the buyer could hardly be expected to acquaint himself with the contents while standing in the notaire’s office!

Among the other documents that purchasers are entitled to receive are:

• the maintenance record for the property

• technical reports to show whether there is any asbestos or lead in the building, whether it is affected by termites and so on. Be sure to obtain reports for both the private and common parts of the property.

As the size of the apartment is the main criteria for determining the value, when you buy one you are entitled under the law known as Loi Carrez to be given a certificate showing the habitable surface area measurement. If it transpires that the actual measurement is more than 5% less than this, you would be entitled to claim a corresponding reduction in the price, as long as you claim this within one year of signing the acte de vente (sale deed).

The law provides that, in the context of a sale, co-ownership charges are paid for by whoever is the owner at the time the demand for payment is made by co-ownership management. However, it is possible for the co-owners to derogate from these provisions if they wish. As charges are usually made quarterly, if completion of the sale takes place towards the end of the quarter it may not be fair to make the purchaser pay for the whole period as they did not own the property for most of that time.

The parties are free to agree between themselves how to deal with this and provisions should be made at an early stage, i.e. in the contract.

Regarding works to be carried out on the building, this should also be the subject of an agreement between the parties. For example, it might be fairer for the vendor to pay for all works already agreed, and for the purchaser to pay for works agreed after signing the sale agreement, or the acte de vente.

If major works have already been agreed, you may not want to take responsibility for this expense so soon after taking ownership. Ensure that you have a clause in your contract that is suitable in the circumstances.

Of course, no one knows what might happen in the future but some careful scrutiny of documentation at the purchase stage will enable you to be sure that you are buying into a co-ownership which is, at least currently, harmonious and trouble free.

What type of French property do you want to buy?Why should I buy a property in France?Browse a selection of apartments for sale here