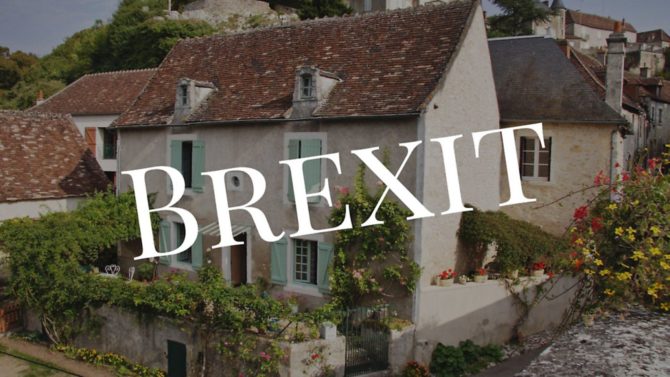 How will Brexit change property ownership, the buying process, tax and inheritance rules and the pound-euro exchange rate for British buyers of French property?

Since Britain’s vote to leave the EU on 23 June there has been much speculation and concern about what this could mean for those Brits who want to buy a property in the EU. The first thing to say is that once Britain triggers Article 50 on 29 March 2017 there is a period of two years in which to negotiate withdrawal from the EU and agreements with the EU countries. During those two years Britain remains part of the EU and so in the short term nothing is going to change.

Will I still be able to buy a property in France?

Yes! UK citizens are likely to remain free to buy and own property within the EU – after all non-EU citizens, including Americans, Australians and Canadians, are currently able to buy property in the EU so there is no reason why the same rules won’t apply to Brits.

There may be more hoops to jump through and a few more forms to fill out but Brits are a big market for French property and it is unlikely France will want to cut off this market by making it much more complicated for British people to buy property in France. The only difference might by that Brits would have to apply for residency visas in order to live in France for a certain length of time.

Will Brexit stop you buying a property in France?

We have been running a poll to see if Brexit will make potential British buyers of French property think twice about buying. As you can see below, the results show that for more than half of people who participated Brexit hasn’t changed their minds.

Will the buying process change?

Unlikely. A British person buying a property in France has to follow the same process and procedures as the French and as non-EU residents and so it is unlikely that the actual process of buying will change. If it does then it would change for everyone so being inside or outside the EU shouldn’t have an effect.

“I cannot imagine that the buying process will become much more difficult for UK buyers in the future. Non-EU resident make up around 30% of our clients at present anyway and the process for them is very straightforward,” says Tim Swannie, Director of Home Hunts.

Brexit: Will British expats still be able to live and work in France?

Will it be more difficult to get a mortgage in France?

There is some concern that once Britain has left the EU, British buyers will find it more difficult to get a French mortgage because French banks have different, more stringent, criteria for non-EU citizens.

However, Simon Smallwood of International Private Finance believes this won’t change for British buyers: “The French banks do currently have different criteria for borrowers who live outside the EU, however British buyers are the largest single nationality who borrow from the French retail banks and French banks feel very comfortable lending to them. This week already we have seen moves from the lenders to encourage new French mortgage applications by reducing the rates available on some French mortgage products.”

Will inheritance rules change once Brits are non-EU citizens?

No. Sue Busby owner of France Legal, French law consultancy explains: “Prior to 17 August 2015, the inheritance rules applying to French estates owned by both EU and non-EU citizens were those determined by French law. However, since then, in the absence of any provision in a will, it is the law of the country of the deceased’s habitual residence that applies or the law of their nationality. Therefore, even post-Brexit, a British owner of property in France can apply the law of their nationality to their French estate. If they are resident in the UK, English law will automatically be applied unless they stipulate in a will that they want a different country’s law to apply. If they are habitually resident in France, they will have to make it clear in a will that they want English law to apply, otherwise French law would be applied as it is the law of the deceased’s habitual residence.”

What effect could Brexit have on currency exchange rates in 2017?

Will I have to pay more property taxes?

France and the UK have a double tax treaty which is separate from any EU regulations and so this shouldn’t be affected by a Brexit. This covers income tax and capital gains tax so there should be no increase in these as a result of Britain’s exit from the EU. Other taxes which should not be affected by Brexit include inheritance tax, local property taxes and stamp duty on property purchases.

Read more: What are the tax implications of Brexit for British expats?

Will the drop in the pound mean I can’t afford a French property?

The most immediate consequence of Britain’s vote to leave the EU was that the value of sterling dropped to a 30-year low against the US dollar and the GBP/EUR exchange rate dropped from a previous high of 1.31 to a low of 1.20 before stabilising slightly at 1.24. For property buyers this means you can afford much less in France than you could have the day before the referendum.

Exchange rates have always been a worry for British buyers of French property and they are constantly moving making it difficult to decide on your budget because one day £100,000 will buy you a house worth €131,000 while the next day it will only buy you €120,000. This can work to your advantage as well – Brits have been enjoying very favourable exchange rates recently allowing them to get considerably more euros for their pounds.

In times of uncertainty it is difficult to predict what exchange rates will do and therefore difficult to plan for your property purchase. Some property buyers will hold off buying until the exchange rate improves while others will downsize their ambitions. On the whole, property in France is still much cheaper than the UK and so you can still afford a good-sized property. The other option is to fix your exchange rate using a forward contract to guard against any future exchange rate fluctuations.

Alternatively you could look to take out a mortgage in euros to fund part of your property purchase and then pay this off at a later date once the exchange rate has improved. Simon Smallwood of International Private Finance explains: “As was the case during previous significant periods of uncertainty we are being contacted by some cash buyers who are keen to take out a euro mortgage to reduce the sterling cost of their purchase, rather than financing the transaction entirely with their savings. As clients have done in the past the idea is to finance part of the purchase cost in euros (via a French mortgage) with a view to repaying the French mortgage at a later date when the exchange rate has moved back in their favour. Based on a €250,000 purchase price (and an 85% LTV mortgage) this could save a buyer around £20,000 based on an exchange rate today of 1.20 and the French mortgage being repaid at an exchange rate of 1.35 at some point in the future. By borrowing 50% of the purchase price in Euros and using sterling assets to finance the remaining 50% a buyer can provide themselves with some natural protection, whichever way the exchange rate moves in the future.”