How to avoid a boundary dispute with your new French neighbours 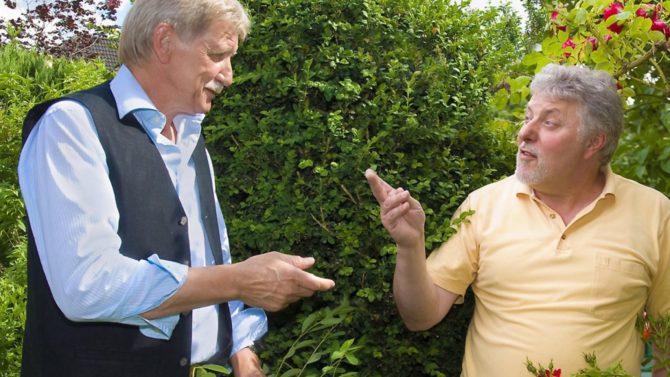 Before buying a French property, check the neighbours haven’t made a formal complaint about an extension or new building on the boundary – or it could become your problem

A common area of property litigation in France relates to construction without permission on a neighbour’s land. This can easily happen if the plot has not been marked out with boundaries by a specialist called a géomètre.

It can also arise if a pool, garden shed or garage is built without the boundary being clearly established or if access has been changed.

Check too that there is no legal restriction on building too close to the boundary, even if everything is on your side. It can become a problem for UK buyers who purchase a property while a dispute is ongoing or about to be launched.

Mr D and Mr B were neighbours. Mr B built an extension with a major supporting wall just on Mr D’s land. The encroachment was very small. Mr D did not complain when the works started and waited until they were completed before telling Mr B to demolish the wall. Mr D refused to enter into any form of negotiation. Mr B said it was disproportionate to demolish the wall and that Mr D would be more than adequately compensated by a financial settlement. He argued that the court had to investigate proportionality before ordering demolition. Mr B also said that the European Convention on Human Rights applied.

Should you get a survey before buying a French property

The Supreme Court decided that the wall had to be demolished. Proportionality did not have to be considered as the rights of Mr D to his property were paramount. Mr D’s failure to tell Mr B at the outset was not material. Although it may seem unfair, this is the typical verdict of the court in such cases. In England different rules usually apply and the outcome would probably be different.

We have seen many situations like this. It often arises when the seller has extended a property shortly before selling it. The sellers may or may not be aware that the neighbours are unhappy or even that they are officially in dispute, having lodged a formal complaint with the mairie, for example.

Usually, however, the sellers will know about the neighbours’ claim but say nothing. The key point is that a buyer will take over the problem with the neighbour even if he knows nothing about it. The buyer will have a claim against the seller, but this can be difficult to enforce, so the bottom line is that it will become the problem of the new owner.

So what can you do to protect yourself against such action?

If recent building work has taken place close to a boundary, always take the following steps before buying a property:

? Ask if there has been a géomètre’s decision.

? Has the neighbour agreed in writing to the works?

? Does the seller know of any complaint?

? Go and see the neighbour.

? Have a declaration in the conveyance that there is no dispute.

? Take a walk around the boundaries and see if they are clearly identified.

? If you are in any doubt do not buy the property.