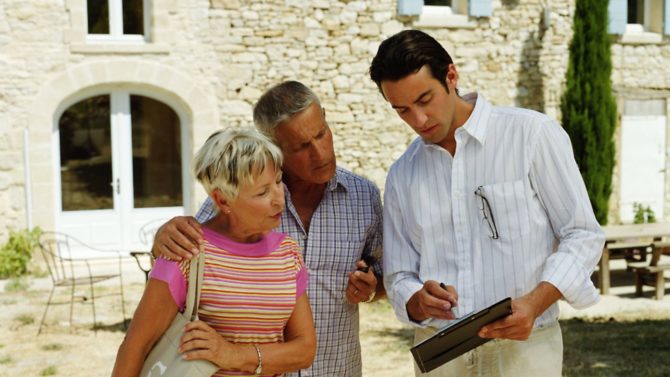 If you are buying a French property as a couple then there are a number of legal points to consider, including how to structure your property purchase and how to make use of matrimonial regimes for your inheritance planning, especially with new EU rules coming into effect

What are matrimonial regimes?

Marriage in France is a very practical affair. French marriages are conducted under matrimonial regimes, and a marriage contract allows a couple to choose how their property is to be owned both during the marriage or upon dissolution of the marriage, either by divorce or death.

Matrimonial regimes do not exist in the UK and so France assimilates the UK system to the French regime of séparation de biens (explained below). It has been possible, however, for a British couple who own property in France to partially change their matrimonial regime in relation to their property, often providing significant estate planning advantages.

This is all set to change though with the entry of new EU regulations which implement new rules in relation to matrimonial regimes and civil partnership asset regimes coming into force on 29 January 2019.

12 things you should know about buying a French property

What are the different French matrimonial regimes?

This is the default regime for a British couple married in the UK. Each spouse holds their own assets separately from the other.

This is the default regime for a couple married in France where no marriage contract has been concluded. Under this regime, assets owned by the spouses before the marriage remain their respective assets, and assets gained during marriage belong to the couple. Upon the first death the assets in common ownership are divided in two and the deceased’s share will pass under their succession.

All the assets owned by the spouses on the day of marriage and any assets they may subsequently acquire are brought into common ownership. The marriage contract can include a clause d’attribution which allows for all of the deceased’s share of the assets to pass automatically to the surviving spouse upon the first death.

How can Brits with property in France use matrimonial regimes?

Under the 1978 Hague Convention on matrimonial property regimes, couples who married after 1992 are able to choose the law applicable to their matrimonial regime. Importantly, for Brits who own property in France, in respect of immovable property only (i.e. land and buildings), couples can choose to apply the law of the country in which that immovable property is situated. This has enabled many Brits resident in the UK who own a house in France to adopt the French matrimonial regime of communauté universelle avec clause d’attribution. This has been a very important estate planning tool as it has often allowed British couples to avoid French forced heirship rules upon the first death.

How do EU inheritance laws impact me?

I wish I’d known that before buying my French property

What is going to change with the new EU rules?

From 29 January 2019 the choice of law options available will be restricted to the law of the habitual residence of either spouse, or the law of the nationality of either spouse. There will therefore no longer be the option for Brits resident in the UK to adopt a French matrimonial regime in respect of immovable property located in France.

The choice of law will apply to all assets wherever situated and even if the designated law is that of an EU state which has not ratified the regulations, or is that of a non-EU state. Brexit will have no impact upon the effect of the regulations as the UK will simply move from the former category to the latter.

How does this affect me?

At first glance, this would seem to be a significant blow for the Brits resident in the UK with property in France. However, this regulation should be considered alongside the EU succession regulation known as Brussels IV. Since its entry into force last year, many Brits have been able to elect for the law of England and Wales to apply to the devolution of their French property, allowing them to leave the entirety of their share to the surviving spouse, rather than having to abide by French forced heirship rules.

How do EU inheritance laws impact me?

Nevertheless, Brussels IV is still in the early days of interpretation and implementation, and there are still a number of areas of uncertainty. In light of these uncertainties it has been advisable for married couples, where possible, to rely upon existing estate planning structures such as a change of matrimonial regime. Given that this option will be taken away from couples from 29 January 2019 it is very much hoped that the uncertainties surrounding Brussels IV will have been resolved, but in reality it is likely to take many more years. It is therefore important for British couples with property in France to consider implementing a change of matrimonial regime while this option is still available.

We recommend seeking advice from a specialist lawyer regarding your particular circumstances to ensure that you have the most appropriate estate planning provisions in place.

Other ways to structure a French property purchase:

A tontine clause can be inserted into the acte de vente. This means that the surviving spouse is treated as having owned the property wholly from the start, so retains the right to live in it or sell it. The tontine clause is only available at the point of purchase and cannot be added later.

2. Buying a property through a Société Civile Immobilière

An SCI is a French property-owning company that can sometimes be a useful method of managing property. The owners own shares in the company rather than the property itself which gives flexibility in terms of partially transferring ownership or bringing new parties in.

Previous Article Win! A copy of the book, A Day with Claude Monet in Giverny
Next Article 17 things to do in Paris for families