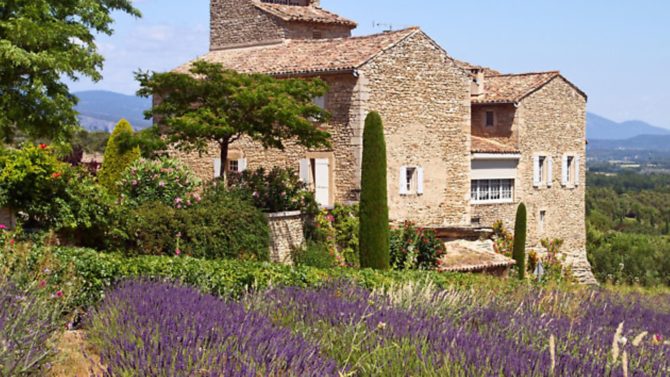 When it comes to tax residency, Kehinde Dauda believes that the vast amount of confusion can easily be eradicated by busting a few common myths

In my dealings with clients, it is clear that there is much confusion out there regarding what triggers tax liabilities in France and/or the UK. I am thinking in particular of people who fall into two broad groups:

• Those living in the UK who have a second home in France which they rent out.

Broadly speaking, these groups represent the two principles which normally trigger tax liabilities in both France and in the UK: residence and source of income (or capital gains) respectively.

2) You may be liable to tax in the country where your income is generated (for example rental income from a property located in that country).

I use words like ‘probably’ and ‘may be’ because in practice the answers are not always straightforward. Both countries have their own specific laws to determine residence, and there is also a double-tax agreement in place between the two countries which can override the national law and limit the application of the general principle.

In the UK there is an additional complication due to a concept called ‘domicile’, which can affect your liability to UK tax. The vast majority of UK nationals are also UK domiciled. Although there is no legal definition, court cases have shown that it is very difficult to change domicile even if you have left the country for many years. To limit the scope of this article, I will be assuming that the interested reader is UK domiciled.

Most people just want to get it right and ensure that they do not have any surprises. It is also clear that there are many who have strong opinions of what they should do, perhaps based on what they feel is common sense or just.

If you wish to stay on the right side of the law in both countries, it is important to put personal opinions aside and to follow the prescribed rules; in both countries, not declaring income you are supposed to is tax evasion and is considered a criminal offence.

Getting it wrong may not only mean the administrative headache of trying to sort out a problem, which may go back many years, but you may also face financial penalties and, depending on the level of deception, imprisonment.

Here I address 10 comments I have come across which will hopefully clear up some of the most common misconceptions.

1. I am British therefore I pay taxes in the UK not France

Nationality does not feature in the definition of residence in either country. The main guiding principles are residence and the source of income.

A British person who is living in France on a permanent basis (working or retired) is most likely resident in France. Normally, such a person would be liable to French tax but also possibly liable to UK tax on UK source income, such as rent from a UK property.

2. I pay my taxes fully in the UK where I am resident, so therefore there is no need for me to declare anything to the French authorities

This is a common misconception. The UK and France have a double-tax agreement in place for income and capital gains tax, which limits liability to tax for some types of income and gains to just one country.

A typical example is bank interest which is taxable only in the country of residence.

Rental income is an example of income which is taxable in both countries; you avoid double taxation by claiming double-tax relief in the country of residence.

3. I received no notification from the tax authorities

In both countries, the onus is on the taxpayer to notify the authorities of income or gains that they need to declare.

4. I was not aware I had to do anything in France

Unfortunately, rightly or wrongly, ignorance of the law is no excuse for not paying any tax that you may owe. Even if your level of French means you struggle to deal with tax matters, you can still approach the tax authorities for assistance or seek independent professional advice.

5. I shouldn’t have to pay tax in two countries because there is a double-tax agreement between France and UK

While it is true that there is a double-tax agreement in place between the two countries, there are some types of income (such as rental income) which need to be declared in both countries. You are entitled to double-tax relief in your country of residence.

6. I have chosen to be French resident

Residence for tax purposes in either country is determined by the facts of the situation. Of course, you are free to arrange your affairs so that the facts suit your wish as regards residence.

For example, if you wish to be French resident, you can ‘choose’ to do so by moving permanently to France and set up home there with your family, and return to the UK for no more than a total of 15 days in the tax year.

7. I am resident in both countries and I chose to pay my taxes in the UK

Both countries have different rules for determining whether you are resident there. It is entirely possible to satisfy the conditions for residency in both countries simultaneously.

8. The income has already been taxed at source (PAYE), therefore I do not have to pay in France

This is something that happens often with pension income of retirees who have moved to France and are resident in France.

There is a procedure in place for notifying the UK tax authorities who can issue an NT PAYE code (NT stands for ‘no tax’); the pension provider should not deduct tax at source thereafter. Failing that, you can file a UK tax return to claim back the tax that has been deducted at source in the UK.

9. I am not known to the tax authorities, so they won’t be able to find out

This is a dangerous line of thinking as deliberately not declaring income in both countries is tax evasion, which carries with it stiff penalties.

Firstly, whether you ‘get away with it’ is, in a sense, irrelevant; most people consider themselves to be law-abiding citizens and should therefore comply if they wish to stay on the right side of the law.

Secondly, there are many ways the tax authorities can discover undeclared income: tip-offs from disgruntled neighbours, third-party information such as estate agents managing a rental property or marketing a property for sale, land registry data, obtaining information from websites used for advertising rental property, or simply cooperation with overseas tax authorities through formal agreements between countries.

10. I have kept the average days spent in the UK under 91 days to ensure I am not UK resident

This is now an old myth. It has been demonstrated through court cases that this will not always work if you leave the UK – it was only one of the factors used by HMRC to determine whether you still remained resident in the UK after leaving.

In addition, from 6 April 2013, new rules were introduced in the UK to determine residence essentially based on day counting and ties to the UK. Under the new rules, it is possible to be resident in the UK having only spent 16 days in the country during that whole tax year.