How to buy off-plan 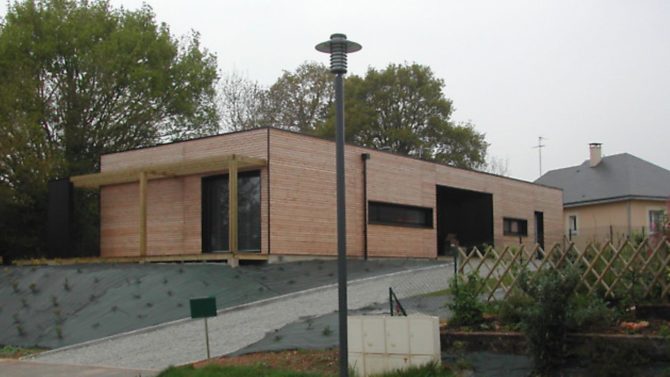 Despite la crise and all the concerns about purchasing power and the value of the euro against the pound, over 100,000 newly built properties were sold last year in France, demonstrating that they have become an increasingly attractive option for both English and French buyers.

Buying sight unseen off-plan has sometimes been regarded as risky, particularly if you are a foreigner in a strange country. But like many other aspects of the property business, France’s new-build sector is highly protected and offers a number of advantages in contrast to buying dans l’ancien.

The benefits include conformity to the most up-to-date norms, such as the latest BBC specification (low energy consumption), thanks to the use of increasingly sophisticated construction materials and techniques. You can be assured of high quality sound and heat insulation, a wide range of options (colours, finishes etc) plus a system of deferred stage payments spread over the period of construction. Even the transaction costs are reduced – 1.5 to 2% of the purchase price – and sometimes even paid by the developer.

You will find that French housing estates, or lotissements, look nothing like their British counterparts. The properties tend to be highly individual, some even partly built by their owners. Properties can vary in size and price from small bungalows to large family homes, and some mixed developments also offer a choice of co-ownershop apartments (for sale or rent) as part of the overall scheme. Individual properties invariably include a garage or parking, terraces, gardens and, certainly in the south, room for a pool. They also tend to be built close to local services such as the essential shops, doctor, post office and bank that you will need even as a part-time occupier.

Ready-made building plots are sold in a condition known as viabilisé – that is, with the mains services connected up to the edge of the plot. You have the assurance that the land has been approved for building, outline planning permission has been obtained, surveys have been done, and boundaries accurately marked out. You then have the choice of buying a house from the developer’s catalogue, with many options; or choosing your own architect and builder. With their comprehensive 10-year guarantees and state-of-the-art functionality, new-built properties are also an attractive proposition should you decide to sell at some point.

However, as with all property buying, you need to keep your wits about you and take the usual precautions. They include :

Surprisingly, in the early days of buy-to-let properties offering tax advantages to investors, as few as 50% of the owners took the trouble to visit the site of their future purchase, relying instead on the promoter’s glossy brochure and assurances of ‘guaranteed rentals’. Sadly, many buyers were disiullusioned when they found that their investment was built in a place no-one wanted to live, land was cheap and public transport scarce. As a result the very tenants they were designed to attract (at controlled rents) simply did not materialise, leaving the owners with a property that was unlettable, probably unsaleable and still had to be paid for.

So your first action should be to visit the site of the proposed development and check out its proximity to the essential services (transport, shops etc) and in relation to other proposed or planned estates. Remember also that a beautiful view over open fields can become another building site, just like the one you are looking at.

The developer’s plans should give you an idea of the size of each parcel of land being sold, on which a house or block of apartments is going to be built; the building density, landscaping, plans for roads and pavements, open spaces, shops and other services, and the quality of housing that is proposed. The size and prices shown will give you an idea of the type of neighbourhood you will be living in.

TALK TO THE DEVELOPER

Among the questions you need to ask are what options there are to buy a parcel of land and employ your own architect or builder, or even to self-build. This last option Is not for the faint-hearted, as it will require time and expert skills, But a half-way option, increasingly popular with buyers, is to have a professional builder complete the basic structure (les gros œuvres) such as the foundations, walls and roof, leaving you to finish off. This is sometimes described as completion up to when the building is watertight (known as la mise hors d’eau) leaving the owner to complete the interior walls and partitioning, flooring, electrics, plumbing and decoration. In my region of Languedoc-Roussillon, which currently leads the market in new-builds, a basic shell such as this can be bought for around €60,000, depending on the size and type of materials used. Many architects are prepared to help and advise during the entire self-build process, from initial design through to completion.

Once a new lotissement has been launched by a promoter and starts to attract interest, the most desirable plots – well located, south facing, corner sites – will be snapped up first. That said, even a small awkward size or shaped plot which may be sold at a discount, can sometimes be turned into an attractive dwelling with the help of an imaginative architect. If apartments are included in the devlopment, those on higher floors will command a premium and are generally the larger units offering three or more bedrooms. Lower-priced studios and two-room apartments may be on lower floors and lack the extras such as a balcony or terrace. South-facing properties are generally preferred, particularly if they include a garden or terrace, corner properties offer more privancy, and apartments with windows on more than one wall can be designed to provide sunny living rooms and cooler bedrooms.

Car parking Is inevitably at a premium, with the growth of dual income households where both parents need a car to travel to work, so double garages or additional parking space are often included in the specification for larger properties. Apartment dwellers may need to ensure they secure one or more designated parking spaces either in a basement or at street level.

A co-ownership apartment complex (copropriété) will eventually be managed by the owners, who own outright their individual apartment and also have a share in the building’s common parts – gardens, open spaces etc – by what is known as a syndic des copropriétaires in which you can have your say.

If you intend to buy a house or apartment from the developer you will need to study carefully the materials and type of construction being used, particularly in relation to sound and heat insulation. Dwellings built to the latest BBC norms can cost 15% to 20% more than traditional buildings, but promise considerable savings later. You will want to look at what colours, styles and qualities are offered as an option, either free or at an additional cost, particularly in the case of bathooms and kitchens ; as well as flooring and electrical, TV, telephone and lighting points. It is easier and cheaper to decide these and inform the builder early on, before construction begins.

At the same time you need to check the specifications for outdoor lighting, security, access to garages or parking spaces, to reassure yourself that the development is child-friendly and reasonably secure. Ground-floor apartments may be offered with additional protection such as blinds, shutters, grilles etc.

Unlike the practice in some other European countries, notably Spain (where there are over 1 million empty new-build properties waiting for buyers), French developers do not build ‘on spec’. At the insistence of the traditionally cautious banks, work will not normally start until at least 50% of the programme has been sold. At this stage you may wish to sign a reservation contract (contrat de réservation) which is a pre-contract to purchase a property to be completed later. This document commits the developer to reserve the chosen property on behalf of the buyer, who will pay a deposit of up to 5% at this stage.

The reservation document will include details of the property being bought, a technical specification, the estimated price and under what conditions this might be changed, an estimated time for conclusion and a provisional date for signature of the final contract. A buyer can withdraw and recover his deposit if the eventual sales contract contains major changes of which he does not approve, such as a delayed completion date (other than force majeure), change of the specification or significant increase in the price.

If the buyer is happy with the conditions of the sales contract he will then be committed to a series of stage payments, which will become due when approved by an independent arbiter, and typically representing 35% of the final price on completion of the foundations, 70% at la mise hors d’eau and 95% on completion of the works. The final 5% of the agreed sale price becomes due on hand-over and acceptance of the finished property, and may be witheld pending resolution of any problems signalled by the buyer. Typically, any element that does not conform to the original specifcation can be challenged, in addition to any unsatisfactory work or materials, which the developer has an obligation to put right.

Larger programmes where the developer is also the builder may take two years (occasionally longer if sales are slow) between initial reservation to final completion and hand-over, though properties may be released in stages as works are completed. Where a lotissement includes houses built by the owner’s own builder, progress can be rapid.

On the walk from my apartment to the town station I pass through what was a greenfield site just a few months ago and is now an almost completed lotissement. New houses are completed within weeks, and I have enjoyed watching the progess of individual properties, as foundations, walls, roof and windows appear, and eventually saying bonjour to the new owners over their newly erected garden wall.

Peter-Danton de Rouffignac MA LLM lives near Perpignan and advises on all aspects of buying property in France. www.FranceMedProperty.blogspot.com