What do you need to know when buying a property in France? 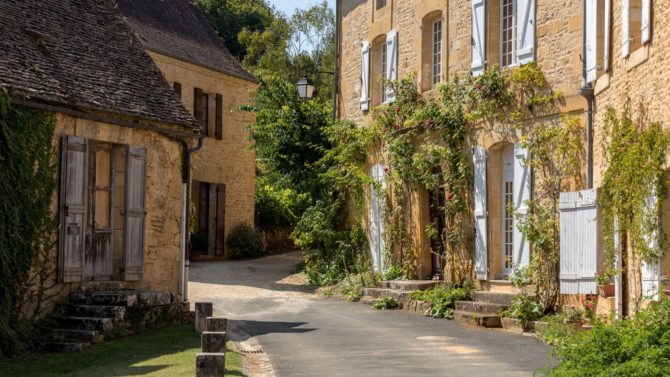 What is the average house price in France?

The Notaires de France report an average property price in France of 2,420/m². So, the cost of a typical sized French house of 112m² would be €271,040. How does this compare to the UK? According to the Nationwide UK Monthly Index, the average UK house price is now £260,230.

So is property in France cheap?

As in the UK, house prices in France vary enormously between different regions and cities. A home in the wilds of Scotland will clearly be a lot cheaper than a similar property in London. Equally, a French cottage in rural Brittany, Limousin or Dordogne will cost much less than a property in Paris or on the Riviera coast.

There are many reasons to buy a French property and one of them is undoubtedly the great value they offer, especially when compared to the UK home counties. In the country areas where British and other overseas buyers generally focus their searches, properties tend to be very well priced.

Browse properties for sale in France at all prices

Which area of France has the cheapest property?

To find a real French property bargain, you’ll need to head away from the main cities and coastlines. The five cheapest departments (similar to a UK county) are:

Read more about these areas

Is it complicated to buy a house in France?

Not at all, in fact compared to the UK, it’s a much more attractive system where deals are signed earlier in the process, so everyone knows where they stand and you can’t be gazumped.

Briefly, the transaction system is as follows. Once you’ve agreed a price, buyer/s and seller/s sign a contract, usually called the compromis de vente. There follows a 10-day cooling-off period (for the buyer only) during which time the buyer can pull out for any reason. After that period, the contract becomes legally binding and the buyer or seller can only pull out if one of the conditional clauses added to the contract (for example, getting a mortgage) is not met.

The notaire then does the searches and conveyancing, which usually takes around three to four months. If everything is in order, the final contract or deed of sale, the acte de vente, is signed by all parties. At this point the final funds are also transferred and the fees are paid.

What contracts do I need to sign to buy a French property?

As explained above, the initial sales contract signed after a successful offer has been made is usually called the compromis de vente, which binds both buyer and seller into the transaction (after the cooling-off period).

There are other contracts though, including the promesse de vente (promise to sell) or promesse d’achat (promise to buy), which only commit the seller or buyer.

When buying an off-plan new-build property in France, you sign a contrat de réservation, and pay a 5% deposit, with the rest of the fund being paid in stages up to completion.

Do I have to use a notaire to buy a property in France?

Yes, all property and land sales in France are overseen by a notaire, a legal professional employed by the state to ensure everything is above board and that the relevant taxes are collected when the transaction is completed. You can use your own notaire, or share one between the buyer and seller.

How much deposit do I need to buy a house in France?

The deposit is normally paid after the cooling-off period and is usually 10% of the purchase price. It should be paid to the notaire’s account or agent’s escrow account, and never in cash direct to the seller or agent.

What fees are payable on buying a French property?

There are two sets of fees: agent’s fees and notaire’s fees, both of which are paid on completion.

Agents are free to set their own fees but they’re generally around 5% (ranging between 4%-10%) of the purchase price and are usually paid by the seller. In adverts, frais d’agence inclus or TTC (toute taxe comprise) means fees are included in the price.

The notaire’s fees are paid by the buyer and they include the cost of certain administrative documents, the payment of the notaire’s office fees, and the taxes. In general, this comes to 7%-8% of the purchase price, and 2%-3% for a new-build property.

Can foreigners buy a property in France?

There are no restrictions on non-residents and foreigners buying a property in France, and the procedure is exactly the same as for a French national buying a property. Of course, there may be extra stages such as currency exchange or translations, but the basic process remains the same.

Can British people buy a property in France after Brexit?

As with other overseas buyers, British people can continue to buy property in France. The buying process itself remains the same as it would have been before the UK left the EU.

What has changed is the amount of time British people can spend at their French holiday home and the process required to move permanently to France.

How has Brexit changed travel to France?

How long can you stay in France if you own a property?

Owning a French property does not give you preferential treatment with regards to the length of your stay. Since Brexit, British people are subject to the same rules as other non-EU nationals. You can stay in Europe for up to three months at a time, and then you must leave Europe for three months before you can return. This is known as the 90/180 days rule. To stay longer, you will need to apply for a long-stay visa.

Watch our webinar on visas, tax and property in France

Can I live in France if I buy a French property?

As above, unless you are an EU national, you can only stay in France for up to three months at a time. So British people and other non-EU foreigners wanting to move to France will need to enter the visa system.