French mortgage rates to fall to a new low 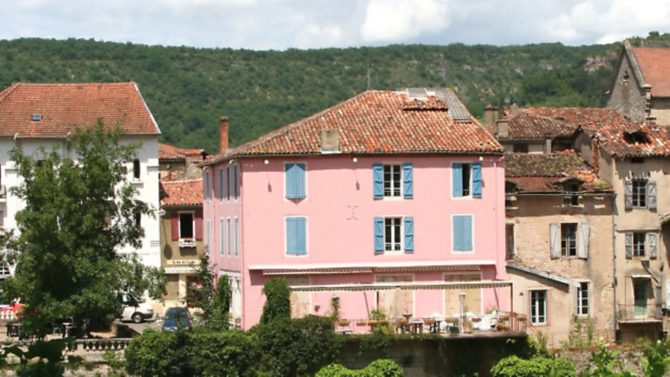 Yesterday’s announcement that the European Central Bank (ECB) has cut its benchmark rate down to 0.15% from 0.25% could push France’s lowest ever mortgage rates down even further, report French property and mortgage specialists. To the delight of investors, Mario Draghi has also now paved the way for Quantitative Easing (QE) in the Eurozone which could be the catalyst for house price growth across the country, especially in prime areas as the supply of money increases, similar to the booming market in London over the last 18 months.

“Draghi has been suggesting a rate cut for a while now so this move finally demonstrates how serious the ECB is about boosting the Eurozone economy,” says John Busby at French Private Finance. “French interest rates already hit record lows this week, largely from competition in the domestic market and weak economic data, and now they’re likely to go down even further.”

“If you combine this with the fact that quantitative easing (QE), or as Draghi puts it ‘asset-backed securities’ purchases, is likely to be the next step for stimulus, then we suddenly have a very heady mix for investors. QE is a bold move for any economy and in the UK and US this has already had a significant impact on property markets. If France can achieve similar growth, the economy is likely to follow suit.”

“France has always been a popular place for international investors,” continues Busby. “With this new combination of super-low rates, soft property prices and tangible prospects for price growth, investors are going to rally towards France to snap up the best priced property.”

Earlier this week, rate decreases on government bonds and an increasingly bullish buyer’s market in France have pushed mortgage rates down to their lowest levels ever recorded. Average lending rates dropped to 2.85% from the previous lows of 2.90% recorded in May 2013.

“Since the start of the year government bonds have decreased by almost 70 basis points (0.7%) and this has pushed high street lending down even further,” added John Busby. “These lowest-ever average rates are reflected in the lower margins on variable rates, as banks are being forced to be extra competitive for domestic and non-resident buyers.”

“In real terms for non-resident buyers rates as low as 3.25% fixed for 20 years can now be achieved, which compared to other mortgage rates in Europe is incredible value,” adds Busby. “Even before this latest drop, non-residents were capitalising on the market; in our busiest week across the ski property season we were handling non-resident applications with a total value of over €38m.”

In the six months from Dec 2013 to May 2014 French property specialists Athena Advisors saw an 85% increase on property sales for the same period the previous year, posting sales of French property to non-residents of over €50m.

“It took a while but international buyers are now realising the significance of the current deals available in the French mortgage market. Being able to fix rates for long periods at such low levels means that, unlike in the UK for example, people can easily plan their long term finances for their second home or buy-to-let property. The lure of these new rock bottom rates coupled with the long term security typical of this market, means we’ll see more people releasing idle savings and investing them in French property.”

“The significant factor for the market is that buyers at all levels are utilising the cheap borrowing rates. An increasing number of buyers with budgets over €3m and who can afford to pay cash are still choosing to finance their purchase, often through private French banks.”

In April the UK’s new FCA rules and guidelines came into force with a view to tightening up the criteria for calculating affordability and obtaining a mortgage in the UK.

“Now the dust has settled, it appears that the UK has become more French, with stricter application rules than in France,” continues Leach. “French lenders don’t have access to UK credit check systems so a forensic picture of income, assets and outgoings is needed, which many UK buyers regarded as laborious. Now that mortgages in the UK are subject to the same, if not higher levels of scrutiny, French mortgages are even more favourable; the long term rates are better and the application process is easier.”

“France has a clearer system of affordability. You are allowed to spend 33% of your monthly gross income, and averages of the last two years’ bonus, commissions and dividends are also included on your financial commitments for loans, personal loans, car loans and alimony. Expenses like school fees, insurance payments and entertainment costs are not taken into account. Once this calculation is done you get a definitive amount to spend each month which is nice and clear.

“In the UK, banks tend to keep their calculations more of a secret and are less clear. Calculators are usually made available to brokers who must shop around to see what can be borrowed with each lender for a specific profile. Buying in France is now so much easier and with super-low rates this appetite will only get bigger.”

Athena Advisors is currently marketing a wide variety of French second homes and investment opportunities with prices ranging from €92,000 to €28m

For further information on French properties and investments visit www.athenaadvisors.co.uk or call +44 (0)20 7471 4500.

For further information on French mortgages visit www.frenchprivatefinance.com or call +44(0) 7471 4515.