Which areas of France are least popular with British buyers? 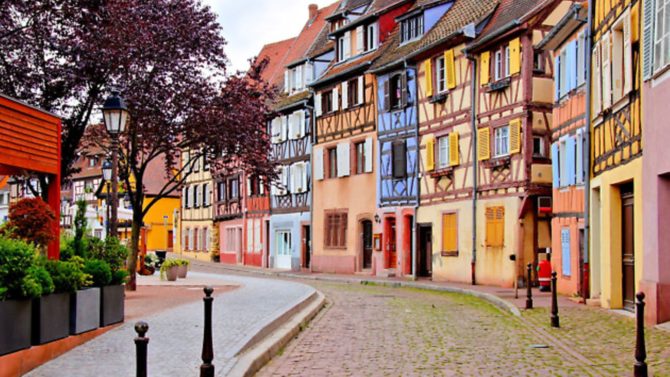 Want to live somewhere in France where you will only have French neighbours and won’t meet any other Brits? These are the 10 least popular regions with British expats

France’s most recent population census, carried out by INSEE in 2011, revealed a total of 157,806 Brits living in France. The Île-de-France region had the highest concentration of British people – a total of 19,583 – while some 16,373 lived in the Poitou-Charentes region, 15,786 in the Aquitaine region, and 15,117 in the Midi-Pyrénées region. In contrast the least popular areas of France for British expats were in the north-east of France.

Each year mortgage provider BNP Paribas produces a report on international buyers in France and it also revealed that north-east France remained unpopular with British buyers in 2016, partly due to its cooler weather and less accessible transport links from the UK.

Both of these reports refer to the old regions before France changed its regions in 2016.

So if you’re looking to live somewhere ‘authentically’ France with only French neighbours and no other Brits, you should head to one of these 10 regions…

Number of Brits living in Lorraine according to 2011 census: 820

Percentage of Brits who bought a property in Lorraine in 2016: N/A

Located in north-eastern France, Lorraine borders Germany, Belgium and Luxembourg. Along with Alsace, has been hotly contested over the years switching between French and German control a number of times. It is made up of four departments, Meurthe-et-Moselle, Meuse, Moselle and Vosges, and is now part of the larger region of Grand-Est. One of the major towns in the area is Nancy, a pretty town with three UNESCO-listed squares which are among the finest 18th-century architecture in France. Another major town is Metz which stands on the banks of the Rivers Moselle and Seille, with its 13th-century Cathedral Saint-Etienne and contemporary art gallery the Centre-Pompidou Metz. Lorraine is also home to the Vosges mountains, popular with walkers and mountain bikers in the summer and skiers in the winter.

Number of Brits living in Champagne-Ardenne according to 2011 census: 464

Percentage of Brits who bought a property in Champagne-Ardenne in 2016: N/A

Although famous across the world as the home of French champagne and popular with tourists, the former region of Champagne-Ardenne isn’t that popular with British property buyers. It is made up of four departments – Aube, Ardennes, Haute-Marne and Marne – although it is now part of the larger Grand-Est region (along with Alsace and Lorraine). The towns of Épernay and Reims are where you will find the famous champagne houses and the town of Troyes is known for its shopping. Other notable towns include Chalons-de-Champagne, home to several historic monuments and the national school for circus arts, and Charleville-Mézières, the centre of France’s puppet industry. Follow the Route de Champagne to discover the champagne vineyards or escape to the 150,000 hectares of the Ardennes forest.

Number of Brits living in Franche-Comté according to 2011 census: 488

Percentage of Brits who bought a property in Franche-Comté in 2016: N/A

Located in eastern France, bordering Switzerland, the former region of Franche-Comté is largely unknown to Brits. It is made up of four departments – Haute-Saône, Territoire-de-Belfort, Doubs and Jura – and is now part of the larger region of Burgundy-Franche-Comté. It is a rural paradise with lush countryside, historic châteaux and religious buildings, beautiful villages and a scattering of towns. The main town in the area is Besancon which is a lovely town full of historic monuments including the imposing Citadel designed by 17th-century military engineer Vauban. Other major towns include Belfort, whose ancient ramparts were also built by Vauban, and Vesoul, classed as a Cité de Patrimoine and subject of the song ‘Nice of the east’ by Jacques Brel. The Jura mountain range is France’s premier cross-country skiing area and is a considerably less crowded alternative to the Alps.

In northern France, Picardy is now part of the larger region of Hauts-de-France (along with Nord-Pas-de-Calais). It is made up of three departments, Aisne, Oise and Somme. The main town in the area is Amiens which has a UNESCO-listed gothic cathedral and a pretty old quarter with narrow and colourful houses. Picardy was a major battleground during the First World War with the infamous Battle of the Somme taking place in the area and there are a number of war memorials and museums. Oise is only 35km from Paris and was once a royal retreat with several royal residences in the department including Château de Chantilly.

Number of Brits living in Upper Normandy according to 2011 census: 1,636

Percentage of Brits who bought a property in Upper Normandy in 2016: 0.2%

Rather surprisingly, very few Brits live in Upper Normandy, whereas Lower Normandy is one of the more popular areas for British buyers. These two regions have now been combined to form Normandy but previously Upper Normandy was made up of two departments Seine-Maritime and Eure. This area has been popular with artists, particularly Monet who painted Étretat and Rouen cathedral and, of course, his waterlily pond at his house and garden in Giverny. The major town in the area is Rouen, capital of Normandy, a pretty town on the banks of the River Seine and infamous as the place where Joan of Arc was burnt at the stake.

Percentage of Brits who bought a property in Alsace in 2016: N/A

Again, Alsace is located in eastern France bordering both Switzerland and Germany. It is made up of two departments – Haut-Rhin and Bas-Rhin – and is now part of the larger region of Grand-Est (Alsace, Lorraine and Champagne-Ardenne). Alsace has passed between German and French control a number of times over the last 200 years and as a result there are a number of Germanic influences in the area from food to place names. The capital of Grand-Est (and Alsace before that) is Strasbourg, a cosmopolitan city on the French-German border. Strasbourg is the seat of several EU institutions, including the European Parliament, the Council of Europe and the European Court of Human Rights. The old part of the city is full of twisting lanes and half-timbered houses, characteristic of the region. You will also find these houses in Colmar and Mulhouse, two other major towns in the area, and in many of the pretty Alsatian villages, including Riquewihr and Eguisheim. There are a number of food specialities, including baecheoffe, tarte flambée and choucroute, and the Alsace wines are worth trying.

7 things to consider before buying in a French village

Percentage of Brits who bought a property in Auvergne in 2016: 0.4%

Located in central France, Auvergne is a rural retreat. It is made up of four departments, Allier, Puy-de-Dôme, Cantal and Haute-Loire, and is now part of the larger region of Auvergne-Rhône-Alpes. Auvergne is home to the Massif Central, a quieter mountain alternative to the Alps, and the chain of extinct volcanoes including Puy-de-Dôme, Puy Mary and Monts de Cantal. The major city in the area is Clermont-Ferrand, one of the oldest cities in France which gained notoriety as the starting point to the crusades. Le Puy-en-Velay is much visited by modern-day pilgrims following the Santiago de Compostelle route and Aurillac, Vichy and Moulins are other major towns to visit.

Percentage of Brits who bought a property in Burgundy in 2016: 1.1%

Despite being famous for its wines and vineyards and visited by many tourists, Burgundy doesn’t appear to be that popular with British property buyers. Located in eastern France, Burgundy is made up of four departments, Côte-d’Or, Saône-et-Loire, Yonne and Nièvre, and is now part of the larger region of Burgundy-Franche-Comté. Capital of the region is Dijon, popular with foodies and famous for its mustard, while Auxerre and Nevers are pretty riverside towns to visit. There are several plus beaux villages including Flavigny-sur-Ozerain and Vézelay as well as numerous vineyards to explore.

7 reasons you should live in Burgundy

Percentage of Brits who bought a property in Nord-Pas-de-Calais in 2016: 1.3%

Despite its excellent transport links to the UK, Nord-Pas-de-Calais isn’t that popular with British buyers who tend to head south or west. France’s northernmost region, Nord-Pas-de-Calais is made up of two departments, Nord and Pas-de-Calais, and is now part of the larger region of Hauts-de-France. The major city in the area is Lille which is a commercial and cultural hub with renowned art galleries, stylish shopping and a vibrant night-life. The town of Arras has two UNESCO World Heritage Sites while Lens is home to the Musée Louvre-Lens, a satellite of the Louvre museum in Paris. This area was a major battleground in the First and Second World Wars and there are many battlefields, memorials and museums to see. The Côte d’Opale (Opal Coast) is a spectacular coastline of chalk cliffs, elegant resorts and sandy beaches.

Number of Brits living in Centre-Val de Loire according to 2011 census: 3.246

Percentage of Brits who bought a property in Centre-Val de Loire in 2016: 1%

The Centre-Val de Loire region is made up of 6 departments, Eure-et-Loire, Loiret, Loir-et-Cher, Indre-et-Loire, Indre and Cher. Orléans is the capital of the region and best known for its famous protector Joan of Arc while Tours is the largest city in the region and was rebuilt after being almost completely destroyed during the Second World War. Lying south of Paris, this region was popular with the kings of France and as a result there are a number of stunning Renaissance châteaux in the area known as the Loire Valley, including Chenonceau, Amboise, Blois, Chambord and Villandry. There are also 8 of the plus beaux villages de France in the region and a number of vineyards.

Previous Article WIN! A copy of Destination Architecture
Next Article What is it like to live and work in Dordogne?