The stats are in: Here’s where Brits are retiring in France 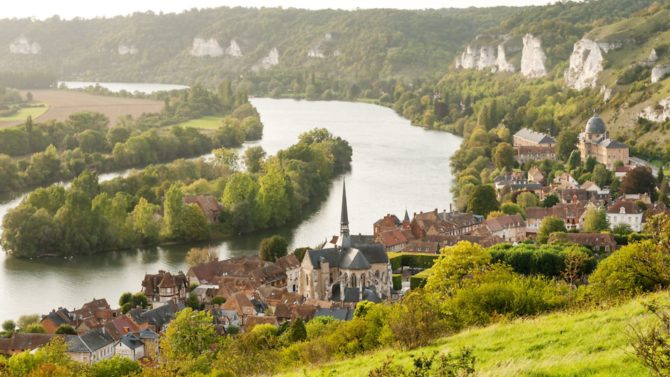 France has long been loved by British retirees, but have buying habits changed at all?

It’s no mystery why France holds so much appeal for British people nearing retirement. The milder climate, abundance of affordable homes with plenty of land, proximity to the UK for visiting family and friends, excellent healthcare and of course the wonderful way of life, are just a few reasons. And a recently published study by INSEE, the French national statistics bureau, shows that France’s popularity as a retirement destination shows no sign of fading.

The July 2020 study, which looked mainly at the 2016 French census, found that in that year there were around 148,000 Britons living in France, and that more than a third of them (53,000) were retired, with employed residents and second home owners making up the remaining portion. Though the most significant influx of Britons to France occurred between 1990 and 2006, numbers have been steadily rising since then.

As for the future trajectory of these figures, a lot rides on the outcome of the end of the Brexit transition period on December 31st. Many Brits hoping to retire to France are seizing the opportunity to move this year, while their rights as an EU citizen are still secure. After that is still unclear, although it’s fair to anticipate that the rules will be similar to the ones imposed on current non-EU nationals such as Americans and Australians who retire to France. The majority of these non-EU citizens are required to apply for a visa and a residency permit, which are often dependent on income and the ability to access healthcare and pensions.

It may be, however, that the UK and France reach an alternative agreement in the coming months by which UK citizens moving to France retain some of their EU benefits. Either way, Brexit does not have to put a stop to Brits who have their hearts set on retiring to France.

One of the main objectives of the INSEE report was looking at the areas of France in which Britons, including retirees, are most likely to live. Perhaps unsurprisingly, the southwest continues to reign supreme as our favourite destination. The report found that 43% of Britons living in France reside in either Nouvelle Aquitaine or Occitanie, where a sunny climate and rural landscape are perfect for a relaxed, outdoors lifestyle. Hotspots within this large area include Dordogne, Charente, Haute-Vienne and Gers. Certain specific locations such as Condom, Prades and Valence were particularly popular among British retirees in 2016 — two out of three Britons living in locations were retired.

There is also a growing trend for retired Brits to seek out the least-populated areas of France. INSEE found that in the sparsely-populated centre of France (Creuse, Haute-Vienne) and in rural Brittany and Normandy, the population of British retirees has grown by a yearly average of over 11% between 1990 and 2016. More than ever, Brits are craving a quieter life with more space to call their own, and France is one of the most affordable and accessible place to find that.

Explore FrancePropertyShop.com for a range of rural listings that would make fabulous retirement properties.

Previous Article Recipe: Coffee and hazelnut meringues by Eric Lanlard
Next Article Has my tax status changed because of Covid-19?