What will happen to currency exchange rates in 2017? 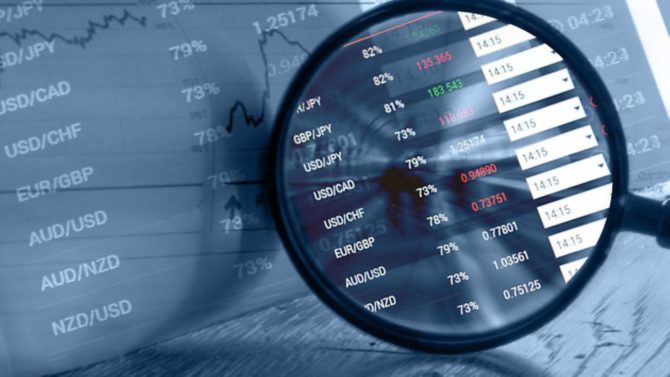 Well 2016 was certainly an eventful year for the currency exchange market and it looks like 2017 could be just as unpredictable. Currency expert Laura Parsons reveals what might happen in 2017 and how to stay ahead of the game

Laura Parsons is a currency analyst at TorFX

It’s a bit of an understatement to say that 2016 was a pretty crazy year for financial markets. It began chaotically with the stock market crash in China and only proceeded to get more volatile as the UK approached the EU referendum and ultimately voted in favour of Brexit. While all financial markets experienced some element of upheaval in the immediate aftermath of the vote, the currency market recorded particularly dramatic shifts.

What happened to currency exchange markets in 2016?

The pound, which prior to 2016 had been holding its own against currencies like the euro and US dollar thanks to the comparatively strong performance of the UK economy, plummeted. Ahead of the referendum, analysts had predicted that the pound could drop to parity against the euro in the event of Brexit (where one pound is equivalent to one euro), and three months after the event, GBP/EUR was well on its way to making this estimation accurate. On the eve of 23 June 2016 the GBP/EUR exchange rate was trending in the region of 1.31, but in October the pairing had crashed to a five-year low of 1.10. This historic slump of 21 cents meant that those moving money to Europe were receiving substantially less than they would have done pre-Brexit, while those sending money back to the UK from the continent were enjoying far greater returns.

What does this mean?

To put this in real terms, the sterling slide meant that anyone transferring £200,000 to Europe when GBP/EUR was at its lowest point would have achieved 48,000 fewer euros than immediately prior to the vote. But are there further losses to come? And what can you do to make sure you’re getting the most from currency transfers to France in 2017?

Ways to save money on currency exchange

The pound was already doing less than brilliantly when UK Prime Minister Theresa May sent it reeling further by asserting that Article 50 (the legislation that will formally trigger the UK’s exit from the EU) would be activated by the end of Q1 2017. As many had hoped the activation would be delayed until Britain was economically and politically prepared for the consequences, the prospect of action being taken by the end of next March proved tough to swallow and the pound was swiftly driven from a three-year low against the euro to a five-year low.

The High Court later ruled that Article 50 couldn’t be activated without a parliamentary vote, and the prospect of either the legislation being delayed or a ‘hard Brexit’ (whereby the UK would lose access to the single market in favour of tighter immigration controls) being avoided helped the pound push above 1.12 against the euro achieving a multi-week high against the US dollar ahead of the US presidential election.

What effect could Brexit have on British expats in France?

However, if Article 50 is invoked next year, or if the Bank of England (BoE) unleashes further stimulus in an attempt to protect the UK from the economic fallout of that step, the pound to euro exchange rate is expected to spiral lower once more. Predictions that the pound could sink to parity are also more likely to become reality in the New Year.

A number of other factors may trigger GBP/EUR volatility, including the US Federal Reserve’s stance on interest rates, the European Central Bank’s approach to asset purchasing and the upcoming elections in both France and Germany.

While some of these concerns may weigh on the euro (and hinder the GBP/EUR downtrend to a certain extent) the pound’s long-term outlook remains neutral/negative.

What can I do about fluctuating currency exchange rates?

If you were planning to purchase a property in France next year or need to send funds overseas for any reason, this might all be sounding a bit bleak – but there are steps you can take to ensure you secure the best possible return on your transfers and get more for your money in spite of Brexit fears – here are 4 ways you could save money on currency exchange

1. Use a specialist currency provider rather than a high street bank

2. Fix your exchange rate in advance

3. Consider taking out a euro mortgage instead of making a cash purchase

4. Stay up to date on the latest currency market