First published: 26 May 2016 by Rewan Tremethick 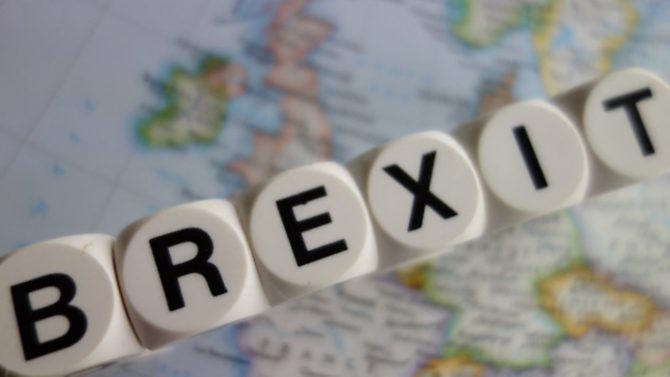 Concerns about a Brexit continue to impact upon exchange rates, but what effect could this have on British property buyers and expats in France?

Concerns relating to the result of the EU referendum have already had an impact upon exchange rates, with the pound falling considerably since David Cameron brokered his reform deal for UK membership in February. By the end of the month, the GBP/EUR currency pair was languishing in the region of a 16-month low. Market volatility is likely to continue and this can have a considerable impact on UK expats.

How could a Brexit affect my French property purchase?

There are two key factors which could affect your ability to afford a home in France: interest rates and mortgage availability.

Interest rates: It is unlikely the Bank of England (BoE) would want to increase interest rates if Britain was suffering adverse effects because of a Brexit. With low borrowing costs making mortgages more affordable, you may find it easier to sell your UK home in order to fund your move to France.

Mortgages: In the midst of financial turmoil, the banks are likely to be more cautious with their lending. They may tighten their lending requirements and reject more credit applications than before, which could see you struggling to get finance even if you have a good credit rating. If you were looking to secure a mortgage in France, you could find yourself subject to even stricter lending requirements if the UK was outside the EU. When applying for credit in France, your debts cannot total more than a third of your income, which could become problematic if sterling continues to weaken and you find your pounds are suddenly worth far fewer euros than they were.

Would a Brexit stop you buying a proeprty in France? Vote in our poll.

How could a Brexit affect me sending money to France?

A Brexit could change the regulations regarding overseas transfers. Currently, banks can only charge fees for euros transferred within Europe if they would also charge a fee for an internal transfer. If Britain were to leave the EU, there wouldn’t necessarily be an agreement in place between UK and French banks to keep this practice up. This means that you could find yourself being charged money by your destination bank, with no overall regulation regarding the amount that they can charge to receive euro transfers.

What affect could a Brexit have on sterling?

The pound has already fallen in value considerably. As of early March, sterling had dropped 7.5% against the euro since the beginning of 2016 as Brexit fears startled investors. To put that into perspective, £150,000 transferred at the beginning of January would have given you €204,690, but the same amount at the end of February would have equated to €189,225. So over the course of eight weeks, £150,000 dropped in value by €15,465.

Many of the European banks have already released their forecasts on the impact of a Brexit. HSBC believes that sterling could lose up to 15% of its value, while Credit Suisse and Goldman Sachs have predicted the drop could be as high as 20%. According to HSBC the pound could hit parity with the euro in the short term, meaning £100,000 would only be worth €100,000. That would make French property a lot more expensive. The most costly regions of the country, such as the departments of Alpes-Maritimes, Haute-Savoie and Var may become inaccessible to many Brits, but French property across the country could also become unaffordable to the majority of aspiring expats.

How do I protect against currency fluctuations?

Forward contracts: This service is available through some reputable international money transfer providers and enables you to ‘fix’ a favourable change rate for up to two years. This is particularly useful for property purchases as it means you’ll always know exactly how much you’ll get for your money and can budget effectively.

Look for alternative to a bank: For those already living abroad, simply switching away from a bank could help you to get the most value from regular overseas payments to or from France. Most high-street banks charge fees and commission on each transfer. Over the course of a year, this can add up to a significant amount. Some alternative international money transfer providers don’t charge fees or commission, and they can also offer you better exchange rates. As well as getting you more for your money, they don’t take a cut of it.

More information on the EU referendum:

UK expats should register to vote in the EU referendum

Would a Brexit stop you buying a property in France?

Previous Article Côtes-d’Armor guide
Next Article Why did France change its regions?