What effect could Brexit have on currency exchange in 2017? 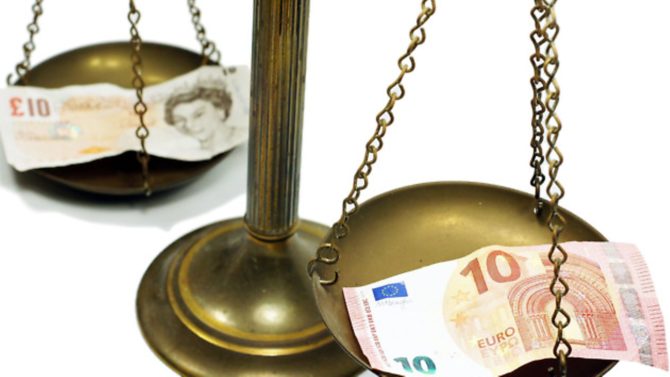 Currency fluctuations can have a huge effect on property buyers and their budgets, so how could Brexit negotiations affect the pound and euro exchange rate in 2017 and what can you do to protect yourself?

Louisa Heath is a currency analyst at TorFX

The EU referendum was something of a game-changer for sterling, limiting the currency’s correlation to domestic data and creating strong political headwinds. Naturally, the outlook of the pound will continue to be defined by the subject of Brexit, with the impact of the leave vote likely to be felt for some considerable time to come. While the GBP/EUR exchange rate has suffered some marked losses thanks to the uncertainty that now surrounds the future of the UK economy, there still remains potential for a further decline. The much-anticipated triggering of Article 50, which Prime Minister Theresa May had scheduled for March, looks set to undermine the strength of the pound as this will officially set the UK on a two-year course to exit from the EU.

What impact could Brexit have on my finances?

What will happen to currency exchange rates in 2017?

As the shape of negotiations unfold, the pound is likely to move in response, with markets reacting to any indications as to the likely shape of the UK’s future relationship with the EU. If politicians from either side of the Channel are seen to be taking a harder line of rhetoric then the mood could turn increasingly bearish. The question of whether single market access will be retained looks set to be a major cause of market concern. Failure to maintain the ‘passporting’ rights of the financial sector could also discourage confidence in the domestic economy as the continued health of the City is critical to the UK’s economic future.

On the other hand, if talks appear to be more amenable in nature then the GBP/EUR exchange rate could be offered some more sustained support. Even though it seems unlikely that the UK government will be able to secure everything that it wants without compromise, the view of investors looks to be more positive the closer it can get to its current arrangement.

While expectations for the Bank of England to cut interest rates to a fresh record low have died back in response to the resilience of post-referendum data, fresh commentary from policymakers is still likely to move markets. Of particular interest will be the bank’s quarterly inflation reports, given that domestic inflationary pressure is forecast to rise sharply as the pound’s 15% decline filters through into the wider economy and drives up consumer prices. This would encourage further selling of sterling in the short term, especially as the BoE has indicated that it will not rush to raise interest rates in the event of Brexit-based inflationary pressure.

With this level of uncertainty hanging over both the UK and the Eurozone, the currency market is likely to experience some sustained volatility over the coming months, with the GBP/ EUR exchange rate having the potential to move dramatically in either direction. Even smaller currency movements can have a large impact when the value of your transfer is relatively high, such as when buying a property, and a deterioration in the exchange rate could mean the difference between securing your dream home or missing out.

However, there are ways to mitigate the risks associated with fluctuations in the currency market.

1. A forward contact allows you to fix the rate of a transfer up to two years in advance of the actual trade so you know exactly how much it will cost

2. Setting a limit order targets a specific rate at which your dedicated account manager will execute the trade

3. A stop-loss order allows you to wait for a better rate while locking in the current level in case the market deteriorates further.

Find our more: ways to save money on currency exchange