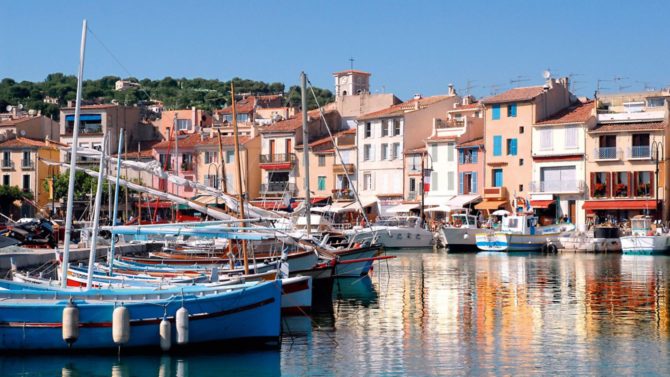 A recent survey by French real estate website Exploreimmo asked its users where they would most like to own a second home. Unsurprisingly all of the top 10 destinations were by the coast but not all of them were along the Côte d’Azur…

These are the 10 most desirable places to buy a holiday home in France according to the French.

The Bassin d’Arcachon on France’s Atlantic coast came top of the survey with 21% of respondents naming it as the most desirable place to buy a second home in France. Just an hour from Bordeaux, the Bassin d’Arcachon includes the towns of Cap Ferret and Arcachon as well as a number of other pretty villages. There are 76km of beaches as well as the Dune du Pilat, the tallest sand dune in Europe, pine forests and oyster ports. The best news is that the Bassin d’Arcahon is the cheapest of these top 10 in which to buy a property! According to the Notaires de France website a property in the south of the Bassin will set you back an average of €311,000 while to the north it costs €287,000.

The second most desirable place to buy a second home was Deauville with 18% of the survey respondents voting for the Norman seaside town. Dubbed the Parisian Riviera, Deauville has been a fashionable seaside resort since the late 19th century when wealthy Parisians visited. They built grand villas, a casino and an elegant seafront promenade and a racecourse later followed. The town is still popular with the rich and famous, especially during the annual American Film Festival – head to the Promenade des Planches broadwalk along the beach to see the beach cabins named after the Hollywood stars who have visited. Given it’s popularity with the rich and famous you won’t be surprised to learn that a property in Deauville will set you back an average of €502,000 according to the Notaires de France.

The village of Cassis, just along the coast from Marseille, came third on the list of most desirable places to own a second home in France with 17% choosing the village. Cassis is an ancient fishing village but has now become a popular holiday destination – and with the pretty village, beaches and boat trips to the nearby calanques it is hardly surprising. There isn’t an average house price quoted on the Notaires de France website but an apartment here will cost you an average of €4,730/m².

Ideally situated in the Gulf of Saint-Tropez, Sainte-Maxime is a glamorous Riviera town and so it is not surprising it made the list of best places to own a second home in France, voted for by 16.5% of respondents. With more than 10km of white sandy beaches and 300 days of sunshine a year it is the ideal place for a holiday home, although you can be expected to be joined by plenty of other holidaymakers in peak season. There are plenty of seaside restaurants and bars as well as several markets a week. However, you will have to fork out an average of €587,600 to buy a house in Saint-Maxime according to the Notaires de France!

An island off La Rochelle, Île-de-Ré is a popular holiday destination with the French and so it is hardly surprising that it was named one of the most desirable places to buy a second home, named by 16% of the respondents. The island is home to two Plus Beaux Villages, La Flotte and Ars-en-Ré, charming villages of whitewashed houses and blue shutters as well as sandy beaches and colourful markets. The Île-de-Ré enjoys a similar amount of sun as the Mediterranean coast so is the perfect place to spend summer holidays! Île-de-Ré is slightly cheaper with an average property price of €476,000 according to the Notaires de France.

The coastal town of Biarritz attracts both surfers and the rich and famous and came sixth on the list of most desirable places to buy a second home, voted for by 15%. There are six kilometres of beaches including the Grande Plage and the surfers’ paradise, the Plage de la Côte des Basques. The rich and famous stay at the five-star Hôtel du Palais and shop at Hermès and Longchamp while others enjoy the bars and restaurants around Les Halles covered market. Biarritz is not cheap though, a property will set you back an average of €553,400 according to the Notaires de France.

The dramatic Quiberon peninsula also made the list of most-desirable places to buy a holiday home, named by 13% of respondents. Although it doesn’t enjoy the hot summers of the southern coast, the rugged coastline and sandy beaches offer plenty of holiday activities and there are several charming Breton villages to explore. Property is also cheaper here with an average house price of €325,000 according to the Notaires de France.

Just south of Biarrtiz, the seaside town of Saint-Jean-de-Luz has a more relaxed feel than its neighbour although it still attracts plenty of holidaymakers. The crescent-shaped beach is popular with families and the wide promenade is a great place for a stroll. The town is full of colourful Basque houses, boutique shops, seafood restaurants and a casino and several spas – sounds like a great place to own a second home! Property in Saint-Jean-de-Luz is also cheaper than Biarritz with an average house price of €465,000 according to the Notaires de France.

Situated next to Saint-Tropez on the glamorous French Riviera, Ramatuelle is a favourite with celebrities and so it is hardly surprising it made the list of the best places to own a second home! The village is perched on a hill overlooking the Mediterranean sea and is a pretty collection of narrow streets, historic building and arts and crafts shops. Ramatuelle sits above the famous Pampelonne beach. There are no average property prices for Ramatuelle listed on the Notaires de France website but the average house price in the gulf of Saint-Tropez, which includes Ramatuelle, are €600,000.

Porto-Vecchio is a lively seaside town in southern Corsica that is close to a number of internationally renowned beaches including Palombaggia, voted one of the best beaches in France by TripAdvisor users. You get the best of both worlds in Porto-Vecchio with mountains above and coastline below as well as the beautiful streets of the town to explore. A property in Porto-Vecchio will cost you an average of €372,100 making it one of the cheaper places on this list!