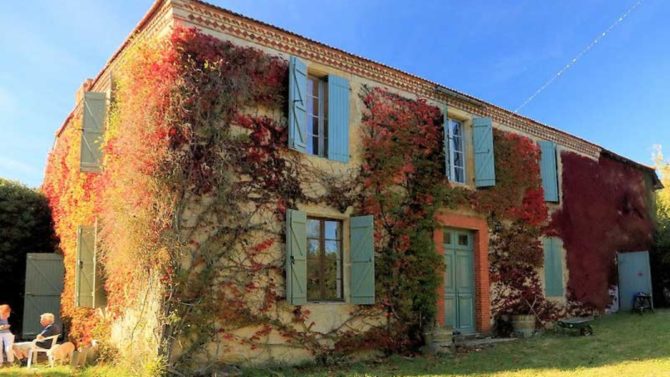 The average price of a home in France in 2021 was €265,800, according to the latest data from property experts SeLoger.

This is not massively below the price of an average home in the UK, which was £268,349 as of October, according to Land Registry figures.

But of course, it’s not just about how much you spend – it’s what you get for your money and, just like in the UK, this depends on where you buy.

In Paris, for example, a budget of €265,800 will buy you a 23m2 bolthole about the size of a double garage whereas in the southern city of St-Etienne it could buy you a home almost eight times that size.

In Lyon, Bordeaux, Nice and Nantes you can expect a relatively modest home compared to the more generous proportions on offer in Le Havre, Toulon, Grenoble and Reims, according to the data.

But what about in the rural areas more favoured by British buyers? We took a look at our property portal FrancePropertyShop.com to see what you could buy with a budget of €266,000.

Among the many gems we found was in Haute-Vienne, a department on the edge of Nouvelle Aquitaine where your money will stretch a particularly long way as it does in neighbouring Creuse, Corrèze, Indre, Nièvre and Allier.

Here, in the village of Coussac-Bonneval, halfway between Limoges and Brive, we found a grand seven-bedroom house in the heart of the community overlooking the village. Offering 344m2 of habitable space over three levels, it has been meticulously renovated and is set on a 620m2 lot with water and electricity (Limousin Property Agents).

Another particularly part of France where your money will go a long way is central Brittany where we found a five-bedroom chambres d’hôtes with outbuilding near Plouray in northern Morbihan, just over budget at €266,500. On the market with Bel Air Homes, it comes with 1,020m2 of land, plus another two separate plots amounting to over two hectares of land.

A department very popular with our readers is Charente where we found several bargains, including a beautifully renovated four-bedroom village house a stroll from the river and a short cycle ride from the town of Châteauneuf-sur-Charente, with its supermarkets, shops, restaurants and train station to Angoulême and Royan. The property comes with a low-maintenance walled courtyard garden and barn (Charente Immobilier).

In Lot-et-Garonne, we found an exciting restoration project – a 15th-century watermill on more than 100m of riverbank walking distance from the amenities of Fumel. Offering 200m of potential living space, it has a new roof and could make a hotel-restaurant, perhaps even with an eco-friendly hydroelectric plant (Beaux Villages Immobilier).

In Occitanie, we came across a picture-postcard three-bedroom cottage in Pyrénées-Orientales that comes with a one-bedroom apartment to rent out. On the market with Artaxa, it comes with a sun terrace, garden (with three wells!), garage and separate plot of land sloping down to a river swimming spot.

Or how about taking on a handsome farmhouse in the Madirans hills of Gascony? We found a beauty in Gers with fabulously generous entrance hall and landing, three large bedrooms and large living room, dining room. Five minutes’ drive from Riscle, it’s located in 3,800m2 of land (Agence Le Bonheur).

Visit francepropertyshop.com to see these properties or find another that’s just right for your budget.

Previous Article French Connections: A how to guide for relocating to France
Next Article Joyeux Noël! 3 Fun festive French puzzles for this Christmas