Interview with an estate agent in Tarn-et-Garonne 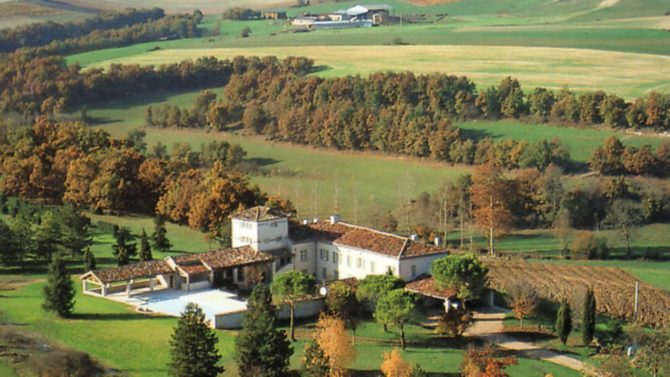 My office is set in the 13th-century riverside market town of St-Antonin-Noble-Val which is centrally placed to cover four sought-after departments: Tarn, Tarn-et-Garonne, Lot and Aveyron.

What was the agency like when you first took it on and how has it grown since?

It has been a wonderful experience and so much more appealing than being MD of a 65-office estate agency in the UK! My wife and I first came to France to find properties to sell through the UK agency – we had no intention of buying a property for ourselves, but ended up doing so without even viewing the interior as the agent didn’t have the key. We only bought the French agency as the founder was retiring. It was an amazing, unexpected experience which has ensured that we always protect our buyers in every way. At that time there were really only restoration projects and maybe 50 properties on the books – we now have 300.

What changes have you seen in the French market over the last 25 years?

In the beginning, the pound was about to descend from 11 francs to around seven – not the ideal time to take over a French estate agency, when sales came to a virtual standstill. By 1996 there were signs of recovery and the following year we had a house sale every week, of which 95% were UK buyers. In the late 90s the market fell away again, but from 2002 onwards sales raced away – as did prices – until around 2008 when the recession hit. Last year, with prices some 20% less than six years ago, we had an uplift in sales and the signs are that this will continue.

Our office has changed enormously: in the early days, the properties for sale were on bits of paper stuck to the windows with Sellotape and the owner of the agency typed out all the contracts on a manual typewriter. There were no computers in evidence and certainly no mobile phones!

This restored country property set in two and a half acres was recently featured on BBC2’s Escape to the Continent. With three bedrooms and three bathrooms, pretty views and a pool, it has a very good rental history. It’s priced at €249,000.

What are the cheapest and most expensive properties on your books?

The cheapest is a €27,500, one-bedroom apartment in a large stone house, set in a riverside village near Cordes-sur-Ciel, Tarn. One of our most expensive is a restored 13th-century manor house set in private grounds with glorious views, with outbuildings and a luxurious pool complex. It’s 15 minutes from Albi and priced at €1,750,000.

What would you recommend as a must-see and must-do in the area?

Visitors must see our market town where two major films have been made – Charlotte Gray starring Cate Blanchett, and Helen Mirren’s latest film The Hundred Foot Journey. They should also visit the area’s beautiful bastide villages and make a trip to Albi, now a UNESCO World Heritage Site with a fabulous cathedral and the Toulouse-Lautrec museum.

Do you have an inside secret about your area that people might not know? We have brilliant autoroute connections and can be at the coast in two and a half hours or Barcelona in four hours by car. Toulouse is an excellent airport and we also benefit from the low-cost flights via Rodez and Carcassonne. We are far enough south to enjoy a lovely climate too.

Can you tell us about one of your most rewarding recent property sales?

Our most pleasing sale was of a restored traditional stone house with swimming pool. The purchasers fell instantly in love with it but there was a total chain of eight sales – three in France and five in the UK. The bottom of the UK chain fell through, but we persevered and some seven months later the chain linked. The new owners moved into their dream home in June.

Previous Article Do you speak French but wish you could speak it better? Bien-dire Audio Magazine for French Learners
Next Article Two for the road