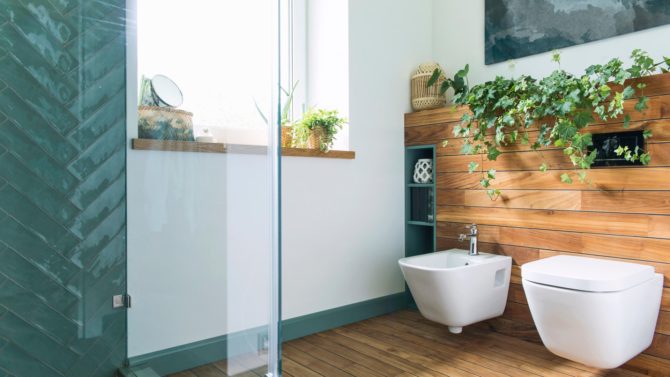 What type of ‘fosse’ should you install at your French property? How much will it cost and how does it work? We’re flush with answers.

I know, I know! Nobody really wants to talk about waste treatment. But the ‘fosse‘ is an important topic in France as the vast majority of rural homes are not connected to a mains drainage system.

Coverage is usually only available in built-up areas, leaving homeowners in hamlets, village outskirts or remote countryside needing to install an individual septic tank system of one kind or another.

The body which controls the approval and certification of septic tank systems goes by the rather whimsical acronym of SPANC (Service Public d’Assainissement Non Collectif). Sometimes SPANC outsources its service to other bodies (some private and some public), but in most cases it will be SPANC or some derivative with whom you will need to consult as part of the process of installing or upgrading a waste system.

SPANC has four general roles when it comes to private drainage systems:

• Undertake site surveys after installation (but always before back-filling of trenches etc, so it can check the installation)

• Carry out regular inspections of existing systems to advise on any irregularities and issue notices if a system is defective.

The organisation also levies fees, of course, but that is more or less a given for any public service in France!

The process, costs and services undertaken by SPANC don’t vary hugely from one area to another, though there are some regional and local differences.

Mostly these are due to differing soil and climatic conditions which mean a system that is perfectly acceptable in one area may be refused in another.

Traditional fosse septique or fosse toutes eaux:  This involves the collection of all household waste water into a tank where the solids fall to the bottom and the liquids pass through an inbuilt filter (usually lava rock), then into a large underground filter bed – sometimes trenches filled with gravel, sometimes a sand filter. The decision will be based on subsoil conditions and permeability, whether the land is flat or has a fall from the house to the available land, and also on the space available.

A traditional fosse system can be installed to a property which is either used full time, or as a holiday home.

Compact system: Requiring less installation space than most systems, this is essentially a mini-treatment plant. It includes an inbuilt collection tank, aerator and filter (usually coconut husk fibre) and the remaining liquid flows to a small filter bed, or sometimes direct to a roadside ditch or stream (subject to authorisation and approval).

Some compact systems can be used only for a full-time home, but others can be used for holiday homes. A permanent electricity supply is required as there are electrical components to the system.

Micro-station: Similar to compact systems, these are designed to fully treat all waste, and the liquid leaving the system is around 99% devoid of pollutants. Again, a permanent electrical connection is required, so there are some running costs.  A micro-station is not suitable for a holiday home. The advantage is that there is generally no requirement for any additional filter bed, so these are the most space-saving of all the systems. Treated water can be disposed of into a ditch or stream, or failing that by filtration into surrounding land. The main disadvantage is that they often require emptying every six to 12 months.

Other options: There are multiple alternative types of waste treatment, including compost systems and reed beds, but many are not suitable for general use, and there are relatively few competent installers in France. Some SPANC branches don’t accept these alternatives.

There is a system for calculating the size of tank, whereby each bedroom is assumed to have two occupants, and other reception rooms (excluding kitchens) are assumed to have one occupant. This is a very general definition, but will suffice for our purposes. So, for example, if a house has three bedrooms, and two other reception rooms, the requirement will be based on eight people. It doesn’t matter if you only intend to use the house for two people; it is the maximum potential number that is used for the calculations.

For a traditional fosse system, around 1,000 litres are required for each bedroom and other reception rooms, though often this can be slightly reduced. The above example of a three-bedroom, two-reception house would likely give rise to a 3,000-litre or 4,000-litre tank.

For compact and micro-station options, systems are based on the maximum number of people – so would likely result in an ‘8 EH’ (EH = équivalent habitant). Both systems are available in a range of sizes – usually from 4 EH right up to 30 EH, so they can cater for very large dwellings.

Soil is an essential factor in deciding which system is most appropriate; it’s a question of permeability primarily. Where subsoil conditions are good (sandy or other loose/friable soil), then a traditional trench system is always suggested as it allows waste liquid to dissipate well.

By contrast, clay soils are rarely permeable enough to meet the criteria laid down by SPANC, so an alternative is needed. The most common is a sand filter, allowing liquid waste to be filtered before finally passing into the subsoil below. Sand filters are sometimes installed above-ground where conditions below ground are particularly poor.

For the most part, SPANC will require a specialist survey and soil test to consider before they will give a response to a new application. The survey will cover all of the relevant factors – land available, accommodation levels, permeability, local regulations etc. It will also propose one or more options for the actual system, the ideal position for the installation, size of tank, filter bed etc. A typical report runs to some 25 pages and costs an average of €600.

In some areas, SPANC does not require a specialist survey, but it will require full details of the proposed system, including a site plan, so unless you are able to detail all of the necessary elements in your application, the result may be a refusal.

SPANC will usually deal with applications within a couple of weeks, but allow for three or four when planning ahead.

Note, you don’t have to install the system in order to obtain this – it is a pre-installation approval based on the proposed system. A final certificate of conformity will be issued when the installation is complete.

Buying a property with a fosse

The vendor is obliged to provide a report confirming the system either meets current standards (conforms), or detailing any defects. As the buyer, you have 12 months from the date of purchase to undertake any repairs or modifications and bring the system up to conformity.

There are potentially fines where this is not done, though quite small, and often never actually charged.  However, having a defective system can be unpleasant and in some cases a danger to health, so ensuring you have a compliant system is important.