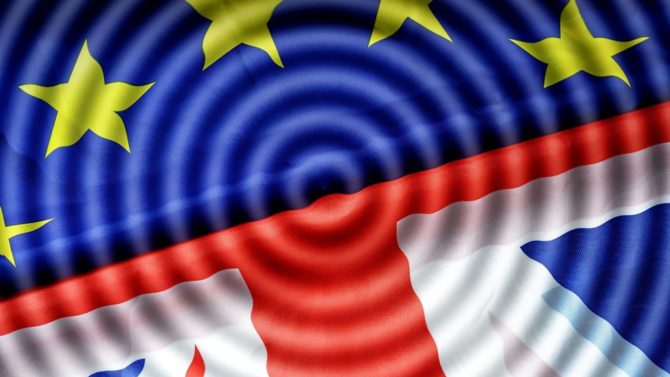 As Brexit transition comes to an end, what’s next for the pound-to-euro exchange rate and how can you protect the money you’ve put aside to buy a house in France? Laura Parsons has answers

On the eve of the vote in 2016, expectations that the UK would opt to remain in the European Union were high. The pound subsequently strengthened against currencies like the euro and US dollar.

In fact, GBP/EUR rallied to within touching distance of €1.31, its best levels since May of that year. But currency confidence in the outcome of the vote proved misplaced. Despite the widespread belief that the UK would choose to remain part of the EU, 51.9% of the population voted to leave – and that triggered a chain of events that no-one seemed prepared for.

When it became clear that Britain was on the path to Brexit, the pound dramatically plummeted to €1.23. The major political parties were swiftly thrown into total disarray and the lack of an obvious plan for the UK’s next steps left financial markets in turmoil. It also caused understandable panic among UK expats about what the decision would mean for them.

If losing eight cents in a day wasn’t enough, the pound proceeded to fall further over the days which followed, ultimately hitting €1.16 by early July. This slump caused chaos for international money transfer providers as people with GBP/EUR transfer requirements tried to cope with their significantly reduced purchasing power. To illustrate the point, a £150,000 currency transfer would have been worth €196,500 before the vote but this fell to €174,000 by July – €22,500 less.

Here at TorFX, the outcome of the referendum sparked our busiest week of trading since the company was founded in 2004. We had to extend our opening hours in order to deal with the high volume of calls from clients.

Tax implications: should we keep our UK property after we buy a home in France?

Everything you need to know about French notaires’ fees

But the pound’s losses were far from over. In October 2016 a ‘flash crash’ in the currency market saw GBP/EUR fall as low as €1.10. While the activation of Article 50 at the end of March 2017 didn’t inspire the level of currency movement some had anticipated, the pound responded positively to then Prime Minister Theresa May’s plan to call a snap general election in April. In fact, GBP/EUR was able to hit highs of €1.17.

However, this uptrend wasn’t to last and sterling spent the third quarter of the year drifting lower. GBP/EUR even crashed to an eight-year low of €1.07 at the end of August that year. By this point in time, a £150,000 currency transfer would have been worth €160,500 – a significant €36,000 less than immediately before Britons voted to leave the European Union.

While the UK’s negotiations with the EU seemed to be going nowhere fast, the pound was still able to spend much of 2018 and the first half of 2019 edging higher. But this uptrend was followed by a swift slide to a new multi-year low of €1.06 in August 2019 as the impasse between the UK and EU continued and the revised exit deadline of October loomed. The moving of the Brexit deadline, and Boris Johnson’s last-minute withdrawal agreement, lent sterling support as 2019 drew to a close, and by February 2020 GBP/EUR had bounced back to multi-year highs of €1.20.

Once again, sterling’s uptrend wasn’t fated to last, with the coronavirus pandemic turning the currency market on its head in March and pushing GBP/EUR to new historic lows. Brexit faded into the background in the months that followed, although the government’s insistence that the end of the transition period wouldn’t be delayed because of the coronavirus crisis did little to inspire confidence in GBP. The odds of a no-deal Brexit continued rising as we headed into October 2020, with issues relating to fishing quotas and border plans causing further contention.

What’s next for GBP/EUR? Well, over the next few months, the pound will face significant headwinds. The odds of a no-deal Brexit continued rising as we headed into October 2020, with issues relating to fishing quotas and border plans causing further contention. However, with only a few weeks to go before the end of the Brexit transition period, hopes that a trade deal will be struck are slightly higher than they were. Optimism has also risen as a result of positive coronavirus vaccine news, and it is expected that widespread vaccinations will start in early 2021.

As a consequence of the vaccine news the US Dollar has tumbled, boosting the Euro in the process and leaving GBP/EUR trading around €1.11.So how can you protect your currency transfers? All the uncertainty inspired by both Brexit and the coronavirus crisis makes it difficult to plan the best time to make currency transfers to and from France. However, leading currency providers offer a range of transfer solutions to help you protect your funds from sudden shifts in the currency market:

• Spot contract – for when you need to make a transfer right now. With a spot transfer the broker will secure you the most competitive exchange rate available and make the transfer ‘on the spot’ – so you’ll have access to the funds as soon as possible.

• Forward contract – for when you want to budget for a future transfer. The currency market is really volatile and exchange rates can shift dramatically in a relatively short amount of time. If you know you’re going to need to make a currency transfer in the future and you want to safeguard against shifts in the market, you can use a forward contract to fix an exchange rate for up to two years in advance of a transfer.

• Stop-loss order – for when you don’t want to make a transfer at a poor exchange rate. With a stop-loss order you have the ability to set a worst-case rate. If the exchange rate deteriorates to that level your transfer will occur automatically, limiting the risk if the market moves against you.

While movements in the currency market can be unpredictable, especially at the moment, specialist foreign exchange providers are better positioned than most to help you get to grips with shifts in exchange rates and manage your money in the most effective way. They’ll keep you up-to-date with the latest movements and give you access to all the support and insights you need to make an informed decision about your currency transfers – no matter where Brexit takes us next.

Laura Parsons is Content and Communications Marketing Manager for TorFX