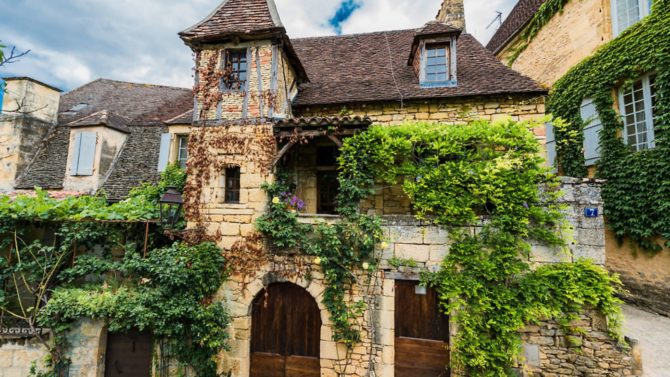 British buyers are a significant part of the French property market so what effect has Brexit had on them?

Violette Esnee remembers the shockwaves that rippled through her French estate agency in the immediate aftermath of last year’s EU referendum. As the pound’s value crashed, some of her British clients panicked and pulled out of house sales, losing their deposits in the process. Just a couple of months later, though, many of these same Brits came back, determined to buy their dream homes after all. A year on, most agents tell us that enquiries from British buyers are down but not by as much as they expected. “A sense of quiet confidence has returned,” says Ms Esnee, a legal expert at Sextant French Properties. “To us it seems like they are applying the phrase ‘Keep calm and carry on’.”

The reasons for buying in France are still the same

So what’s changed? Certainly not people’s yearning for la belle vie, says solicitor Matthew Cameron, of Ashtons Legal. “France will continue to be one of our closest foreign neighbours and the desire to live, work and relax in France will surely remain a hugely important element of the British psyche,” he confidently told us. In our snapshot Twitter poll (below) four in 10 househunters said that they would go ahead with their plans to buy in France, regardless of Brexit negotiations, with a further four in 10 waiting to see what happens.

Carl Scholfield, director of Vialex International Immobilier, is not surprised. “I cannot see Brits staying out of the rural French property market for very long frankly,” he says. “Too many Brits have been planning to come and live or holiday here, and for a long time. Living in rural France is just too good to miss out on.

Some buyers are adopting a ‘wait and see’ attitude

The twists, turns and unknown quantities of Brexit have had a stalling effect on British househunters, compounded by the volatile exchange rate, say Chris and Micki Slade, of the agency A House in Brittany. Agents told us that the wait-and-see attitude was also more prevalent among those on lower budgets, as they are more affected by the drop in the pound’s value.

Uncertainty about future arrangements for healthcare, tax, pensions and residential status have led to a slight decrease in enquiries about retiring to France, according to Leggett Immobilier, and may be the reason why 37% of respondents in our poll said they were putting their plans on hold, while one buyer in five is unsure about whether or not to buy at all.

Will President Macron has a positive impact on the French property market?

Some buyers are bringing their plans forward

A significant minority of househunters, however, were actually spurred into action by the referendum result, determined to secure their purchase before Brexit is enforced. “It’s provided the impetus for them to take positive action and press ahead with their plans,” says currency expert Matthew Harris, of Cambridge Global Payments. Isobel Laing of France Property Angels says househunters seeking a French mortgage seem keen to do it while the UK is still part of the EU. And Peter Elias, founder of Allez-Français agency, says smart buyers should look now, ahead of any tax changes that could trigger a surge of purchases.

Some buyers are simply carrying on regardless

The largest proportion of respondents to our Twitter survey (38%) said Brexit would not affect their resolve to buy in France, something echoed by our experts. “We are busy,” says Patrick Joseph of the My French House agency. “There are perhaps fewer enquiries but people are serious and more motivated than they have been for a while.”

The Alps are proving particularly resilient, says Carrie Smith of property consultants Pastures Greener. “Those already committed to purchases have mostly forged ahead because they love the area and they understand that investment here is still sound as it is a thriving tourist area,” she says. Leggett Immobilier has seen a slight increase in people looking for holiday homes.

The higher end of the market, above €500,000, also seems to be largely unaffected, even “buoyant”, according to Barbara Heslop, of legal specialists Heslop-Platt. Paris, meanwhile, has an “uber-resilient” market, according to Susie Hollands of Vingt Paris, with many British owners actually benefiting from Brexit by renting out their apartments in euros. Property finder Tim Swannie, director of Home Hunts, says he is increasingly getting enquiries from finance professionals looking to relocate to Paris or Geneva as well as families looking for properties with potential income, such as B&Bs and vineyards.

Has Brexit stopped you buying a French property?

One of the ways purchasers are getting around the weaker pound is by taking out a French mortgage, enjoying attractively low interest rates even if they can afford to buy outright, say agents. Until the future implications for healthcare and pensions are clearer, many retirees are now planning to stay resident in the UK but split their time between France and Britain, says Charles Miller, of Charente Immobilier. Many existing expats, meanwhile, are applying for dual nationality so that they can relax about their future status, says accountant Debbie Bradbury of Sareg, although she thinks it’s likely a visa and residency permit scheme will eventually be put in place as there was prior to Britain’s membership of the EU.

Househunters are adjusting their budgets

The drop in the value of the pound has certainly dented the buying power of the Brits. Freddy Rueda, of Real Estate Languedoc, says British clients in his corner of south-west France now have smaller budgets of either under €100,000 or between €200,000 and €250,000. The average British customer walking through the door of Charente Immobilier has about €200,000 says its director Charles Miller. Clare Rolt, of Properties in Charente, says: “In the lower price brackets, properties are selling quickly, with clients still buying renovation projects or cheap holiday homes/investments.” And south-west-based agency Vialex, says its British clients have mostly reduced their budgets by 10-15%.

Property prices in France are still attractive to British buyers

With property prices in many rural areas down some 30% from their peaks in 2008 and interest rates at a record low, France still offers overseas buyers incredible value for money, say the experts. “The market is over-supplied so it is very much a buyers’ market,” says Brittany agent Robert Welton, of Bel Air Homes. “It is a great time for buyers to snap up a bargain.”

Edward Landau, of Le Bonheur agency in south-west France, warns that prices could soon rise though, catching Brits by surprise. He points out that the number of property sales across France rose to a 10-year high of 838,000 last year. “Demand has escalated dramatically stocks are falling and prices are due to rise,” he says.

On the whole, the drop in sterling’s value does not seem to have influenced house prices in France, say agents, although vendors in the areas most popular with the British may be willing to negotiate, especially if they are from the UK themselves and moving back.

A few agents are worried

It has been a challenging year so far for many agents, but especially those with an important British clientele. “The next few months are going to be very difficult indeed,” says agent Paul Bridgestock, of Cabinet Jammes Immobilier. “The main problem is the uncertainty over the right of clients to live here permanently.”

However, most agents are upbeat

Judging by the high number of Americans and Australians snapping up French property, Jane Smallwood of Agence L’Union is optimistic that Britons will continue to holiday and live in France. Graham Downie, from Leggett Immobilier, agrees. “Overall demand from the UK is similar to last year,” he says. “People care more about sunshine, quality of life and bargain prices than politics.”

The entente cordiale goes two ways, adds agent Philip Temple, of Med in Heaven. “The French are not talking about kicking the British out of France after Brexit,” he says. Of course, much could depend on the negotiations between the two countries. “If they are amicable then we could see an increase in activity, but if not, this will affect the exchange rate and people will hold back,” believes Susan Busby, of France Legal.

But even with the winds of change still blowing, Joanne Davey, of French Character Homes, says much dust has settled and she is confident the market will bounce back. “The pound will regain strength,” she says. “And France will remain an obvious choice for Brits looking to escape to a warmer climate with traditional values, culture and the joie de vivre associated with this unmistakeably beautiful country.”

Brexit: will I still be able to buy a property in France?

What effect could Brexit have on British expats in France

What effect could Brexit have on currency exchange in 2017