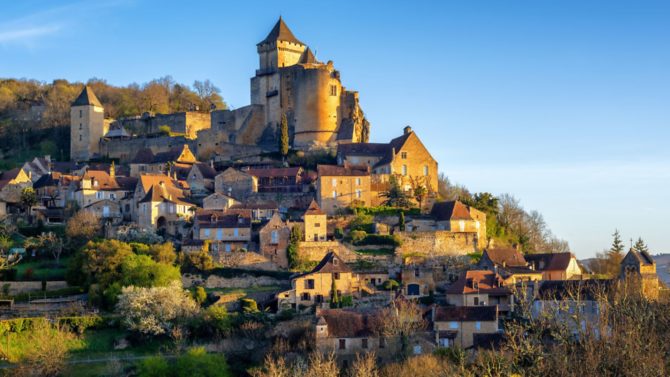 If you’re planning to pull the trigger and buy a French property this year, here are some great locations and some top tips for saving money

Brexit Day has passed, France remains popular with expats, and it looks like this will continue to be the case. So, if you’re after inspiration and advice, here Matt Andrews, currency analyst at TorFX, shares some of his favourite locations and currency tips.

Described on UNESCO’s World Heritage List as an ‘outstanding urban and architectural ensemble’, Bordeaux is France’s sixth largest city and has previously been voted best European destination. However, the Gironde capital is not stuck in the past but is a heady blend of old and new, with contemporary architecture and a growing tech sector intermingling with the splendour of its treasured 18th-century urban areas.

As well as its world-famous wine, Bordeaux is noted for its rich culture and diversity. Wander its many district quarters and you’ll find each one teeming with its own unique energy, be it the vibrant nightlife of La Victoire or the thriving culture of the Bassin à Flot. There’s always something more to discover.

Bordeaux is regularly praised for the quality of life it offers, with many finding the city will be more open to a slower pace of life than other metropolitan centres. Since 2017, Bordeaux has also been connected to Paris by high speed TGV trains, cutting the journey to just two hours, and opening up the possibility of day trips to the capital.

Dordogne in Nouvelle-Aquitaine needs no introduction as a department beloved by Brits. It roughly covers the same area as the ancient province of Périgord and as such is steeped in a storied history, with countless impressive châteaux dotting the landscape. Those who move to the area often cite the lifestyle as one of the main draws as it offers plenty of leisurely pursuits to keep you occupied. Whether you fancy kayaking on the Dordogne river, hiking through the valleys or just kicking back and enjoying the region’s gourmet food, there’s something for everyone in Dordogne.

The department is strewn with farms and hamlets, where local markets overflow with truffles, cheeses and fine wines. Depsite the area being popular with expats, Dordogne’s property market has cooled in recent years, resulting in average prices of around €1,460/m2 for traditional houses and slightly more for new properties.

Straight from a fairytale, the medieval citadel of Carcassone is a UNESCO World Heritage SIte with Gallo-Roman roots. Perched on a hill above the Aude countryside, in the region of Occitanie, this little city enjoys a sunny climate, with dry summers and mild winters, which has helped its wine industry flourish. Speaking of which, Carcassonne is also famed for its cuisine, with local specialties including knuckle of ham, artichoke salad, cassoulet and wine stew.

Despite having fewer than 50,000 inhabitants, Carcassonne also enjoys excellent transport links, with high-speed direct trains to Paris, Toulouse and more, plus an international airport servicing flights to and from London, Dublin and many other major European cities.

In terms of property, the vast majority of buildings in the city are made of stone, in a similar architectural style to those contained within the walled town, lending it an authentic charm. Despite this, most properties are generously sized, with at least four or more rooms. Average prices of around €1,595/m2 are also well below the national average.

Top tips for saving money on your French property

If you’re considering purchasing a French property in the coming year it’s important to start planning how to transfer your funds to France early on, especially given the volatility we saw in the currency market in 2019.

Whilst moving your money through your high street bank may seem like the obvious choice, you could make serious savings by using a reputable currency provider instead. As well as helping you avoid transfer fees, currency providers will make sure you secure a great exchange rate.

Furthermore, currency specialists also offer a host of services which can help protect your transfer from any adverse movements in the currency market. With Brexit uncertainty lingering and the Eurozone economy still on life support, the GBP/EUR exchange rate may well experience significant fluctuations throughout 2020.

Keeping an eye on the latest currency news is the best way to time your transfer effectively, and some currency providers will help you with this by sending you regular market updates straight to your inbox. They also offer services such as rate alerts, where you tell them the rate you want to achieve and they let you know by text or email if the market moves to that level. Forward contracts, meanwhile, allow you to fix an exchange rate up to two years ahead of making a transfer. Fixing an exchange rate is particularly useful if you need to budget for your property purchase and you’re concerned that the exchange rate may weaken.

As a new decade gets underway, now is the perfect time to finally put that plan to relocate to France into action. Whether you move to one of the locations mentioned above, or you opt for somewhere completely different, don’t forget to consider your currency options early on!

Why it’s a difficult time to buy French property – and why that’s great news!