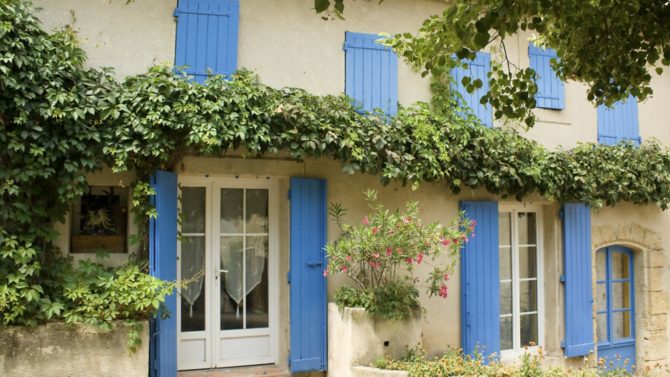 French mortgage rates have been famously low in recent years. But in which regions is this most true?

Many UK nationals are now keen to make a move to France before the end of this year in order to avoid the uncertainty of a post-Brexit relocation. In many cases, these hopeful expats-to-be will require mortgages to purchase their dream French home. But what are the benefits of a mortgage in France, and where can the best rates be found?

First, taking out a mortgage is a good way to avoid being dramatically affected by changing exchange rates, which are particularly volatile given the events of the past couple of years. According to Fiona Watts, co-founder and Managing Director of International Private Finance, “French mortgages for non-residents are available for loans up to 85% of the purchase price. Because you only need to exchange the remaining 15% in cash, you are not as severely impacted by anu movements in the foreign exchange markets as you would be paying the full amount.”

“An added bonus with borrowing in euros, rather than purchasing in sterling, is that you can even reduce the sterling cost of your French property. French mortgages come with very small (up to six months’ worth of interest) or no early repayment charges, so you can reddem your French mortgage at almost any point in time for minimal cost.”

As well as protecting you against currency fluctuations, a fixed rate French mortgage will also protect you against rate rises. “French mortgage rates are still at near-historic lows, and in France you can fix your rate for the lifetime fo the loan – up to 25 years,” says Fiona. “This means you will know exactly what your monthly French mortgage payments are going to be and know they aren’t ever going to change.”

Although mortgage rates across France remain at exceptionally low levels, starting from around 1%, differing commercial policies of banks in different regions mean that you are more likely to find more favourable rates in particular areas.

Nationwide online loan broker Empruntis has compiled up-to-date information on average fixed rates in all areas, for different loan terms. Apparently, at 1.25%, the west (including Brittany and Pays de la Loire), the north (Normandy and Hauts de France) and the east (Grand-Est and Bourgogne-Franche-Comté) are the areas with the lowest average fixed rate for a 20 year loan term. The south west (Nouvelle Aquitaine and parts of Occitanie) and the Rhône-Alpes currently offer fixed rate mortgages at an average of 1.30% over 20 years, while the average fixed rate loan for southern departments along the Mediterranean coast and Corsica, is at 1.35% over 20 years.

For a 25-year loan term, the average rates increase to 1.6o% in the northern regions, eastern regions and the Rhône-Alpes, and 1.65% in the west. Interestingly, it appears that currently both the south west and southern areas (encompassing Nouvelle-Aquitaine, Occitanie, PACA and Corsica) have favourable average rates for loans over a 25-year term, at 1.55%.

According to Empruntis, in the majority of regions average mortgage rates have fallen slightly in the last three months. This is a contradiction of what was predicted at the start of the year, and almost certainly a result of the impact of Covid-19.

Is it easy to get a French mortgage?

Pitfalls to avoid when renovating a French property

How playing the currency market can save you money