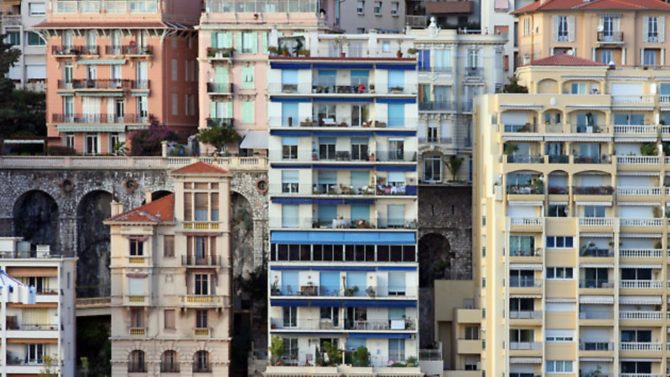 As part of its plans to revolutionise France’s property sector, the Hollande governments have introduced a raft of new legislation, much of it the work of the former housing minister, Cécile Duflot. Head of the European Green party, Mme Duflot resigned her post earlier this year, when Manuel Valls was appointed prime minister, but her name remains attached to some of the latest laws – including, most recently, important changes in the way that properties within a co-ownership building (co-propriété) can be bought and sold, under the new loi ALUR (l’accès au logement et un urbanisme rénové). A large amount of extra documentation is now required before the pre-contract (compromis de vente) can be signed, which will radically alter the timescale between initial offer and completion.

The new regulations are designed to protect owners and buyers living within a multi-occupancy building such as a typical block of flats, where residents own their property outright and in addition have a share in the freehold of the building and its common parts (which can include gardens, car parking etc).There have been some initial criticisms of the new regulations, mainly concerning the possible delays in assembling the extra documents and the additional transaction costs, at a time when the French property market is showing its first signs of emerging from its recent slowdown.

However, in examining the new regulations and their consequences, this article is designed to present a balanced view and help readers who may be selling or buying a property within a co-ownership (or co-propriété) to understand the new requirements and manage the transaction. I am going through the process of selling my own apartment as I write this article and, along with many agents and notaires, most property professionals are still feeling their way as the new legislation has raised a number of issues which still require clarification. But solutions are in sight.

First, the background. The French property market comprises some 32 million domestic dwellings, of which around 27 million are ‘principal residences’ and 3.1 million classed as second homes. Of the principal residences,15.5 million are individual houses and 11.5 million are within an apartment block or similar complex. The occupants may comprise a mix of owners (60% on average) and renters, and today just 2% of France’s housing stock comprises ‘social housing’ known as HLM (habitations à loyer modéré).

In a typical holiday area, such as where I live on the Mediterranean coast south of Perpignan, second homes comprise 75% of the local housing stock and around 60% of them are apartments or small holiday villas located within a co-propriété.

Much of the Duflot leglislation has been conceived to protect owners and occupiers of these co-ownership complexes, and mainly concerns new regulations and controls of the syndics or professional building managers.

Apart from very small co-owned buildings with perhaps half a dozen apartments which can be managed privately by the occupiers, most building complexes are managed by professional companies, under the control of a committee of residents. There is an obligatory annual general meeting to which all co-owners are invited and where they can vote on issues such as building renovations, maintenance of the lift and so on – and if they wish, dismiss the professional syndic and appoint another.

The system works reasonably well within complexes which are not too large: my own has some 50 apartments and several businesses on the ground floor (cafés, restaurants, a sailing school, cycle hire shop). The residents’ committee is very active and alert, and we have appointed a professional firm to manage the building, whose fees and charges (paid for by the co-owners in proportion to the size of our apartments) are regularly scrutinised and controlled by us.

Unfortunately, not all complexes are of a conveniently manageable size and in large conurbations such as Paris they can number several hundred apartments. One of the consequences is that occupiers tend not to be actively concerned in the management of the complex, and huge professional syndics (many of which are subsidiaries of major banks and insurance companies) have become remote from their clients – the building occupiers and co-owners. It is here that widespread abuses have been reported – and are the subject of much of the Duflot legislation.

They have included over-charging, back-handers paid to contractors, works undertaken that were not necessary and overall charges of mismanagement and false accounting. Much of the new legislation to control the professional syndics is already in operation.

RUMBLES IN THE BUNDLE

In March this year, the government introduced a further set of regulations, under the title loi ALUR, this time with the aim of protecting individuals considering buying or renting an apartment within a professionally managed co-ownership building. It is this law that has come under fire from estate agents and notaires, as one of its basic requirements is that owner/vendors wishing to sell their apartment must now provide an extra bundle of documents (estimated by the estate agents’ professional body FNAIM to weigh on average 1kg!) which have to be obtained from the syndic – at a price to be agreed; and these must be made available to the would-be purchaser before he/she is asked to sign the compromis de vente or pre-contract.

The professionals’ main complaint is that the syndics were completely unprepared for this, although aware of the impending leglislation, and that as a consequence it is now taking four to six weeks to assemble the package of documents and prepare the compromis for signature. Up to this point, purchasers make no binding commitment and still enjoy the normal right of a seven-day ‘cooling off’ period (longer if securing a mortgage or loan) once the compromis has been presented to them and they have signed.

Readers who have already bought property in France, or know a friend who has, will remember that in the days when the market was more buoyant and there was sometimes competition for the most desirable properties, intending buyers were often encouraged to sign the compromis as quickly as possible (and even pay a deposit) in order to secure their purchase. Conditional clauses could be inserted into the compromis – such as the purchase depending on the results of a survey – which allowed for an eventual get-out. The buyer benefited from the usual cooling-off period after receiving a copy of the compromis sent by registered post to their home address. And vendors felt reassured that the buyers were serious and less likely to change their mind.

As a result of the loi ALUR, the bulk of the work that the notaire formerly completed between signature of the compromis and signature of the final act – which took two to three months on average – is now being completed before the compromis can be presented to the potential buyer for approval and signature. Because everyone is still adjusting to the new system, it is not clear yet if this new arrangement will mean that the timescale between compromis and final act could be compressed, and that the period between offer and completion may remain roughly similar to that under the old system.

As a vendor (and eventually a buyer) currently caught up in the changes, I have been particularly keen to clarify a couple of points which could similarly be of concern to other sellers. The first concerns the cost of assembling the documentation (see the list of documents to be supplied) from the syndic. Asking around among friends and colleagues I was quoted €400 by an estate agent, €600 by a notaire, and ‘between €600 and €1,000’ quoted to a colleague by the same syndic.

Unwilling to commit myself to an open-ended expenditure, I finally asked my agent to get a firm price from the syndic that manages my building and they have come up with €650 – made up of a €400 fee for mutation (registering change of ownership) and €250 for providing the extra documents required. (Note that these costs will have to be paid by the vendor along with the usual fees for the expert surveys – lead, asbestos, termites etc – and provision of the certificate of energy sufficiency, if applicable).

In view of the above and the fact that these costs are the responsibility of the vendor before the buyer is committed to purchase  (he/she has signed nothing at this stage),  my second question was – in a hypothetical situation – what would be the position if the potential buyer, having studied the compromis and the bundle of documents, does not like what he sees and decides to pull out of the purchase and look elsewhere? Who pays for the preparatory work done so far by the syndic and the notaire? The answer I have is that the €250 charge from the syndic would be recoverable from the ‘buyer’ and the mutation fee (frais de mutation) would not apply as no change of ownership has occurred (the potential sale has collapsed).

I have meanwhile asked for written confirmation from the buyer of his intention to purchase and the price we have agreed, and in my reply will confirm that my sale is subject to the above conditions. What I am seeking is something similar to the handwritten ‘offer’ that was sometimes used to confirm the buyer’s offer and its acceptance by the vendor, before the transaction proceeded to the preparation and signature of the compromis. The legal validity of such an offer/acceptance document is perhaps questionable and as far as I can see there is no provision in the new legislation for recovering the syndic charge (quoted at €250) from the buyer should he pull out. Only time will tell how this is handled in practice.

Returning to my earlier comments, until estate agents and notaires get used to the practicalities of the new system, there may be a certain amount of trial and error for a while, as the law – which contains over 200 décrets (detailed provisions) – has nonetheless left a number of loose ends which will need tidying up as experience is gained in its application. I shall hopefully be soon going through the same process as a buyer and start searching for my new home, and I will be happy to report how it went and what practical experience I gained in a future issue of FPN. Meanwhile, I would urge vendors or purchasers of a property within a co-propriété to be particularly vigilant and, as always, ask for clarification and confirmation of any points of doubt, as I have noted above, before committing to buy or sell.