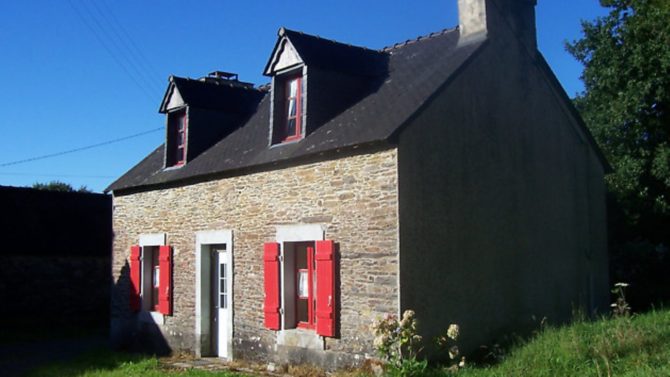 It’s not just seasoned buyers that are searching for French homes. As Jessica Carter discovers, first-timers are also catching on to France’s property-buying potential

France has long been a popular destination for retiring expats. Lower living costs, beautiful landscapes and first-rate culinary offerings all attract seasoned retirees looking to make the most of their well-earned departure from working life.

However, recent statistics from finance specialists Moneycorp have shown that it’s not only the over 60s who are savvy to France’s property pros; it would seem that first-time buyers are getting in on the act as well.

Although still relatively small in number, the amount of under-30s looking overseas for their first property has more than tripled in the last couple of years and, when you think about it, it makes perfect sense.

UK house prices have been a recurring trend in news headlines of late. The topic has barely shied from the media’s spotlight for long enough at a time for us to steady ourselves from the dizzying heights that deposits and repayments are set to reach. The gradient of the predicted price incline can be attributed to any number of factors.

Officially Europe’s most densely populated country, excluding the Malta, the UK is experiencing the fastest growth of population it has seen since the ’60s. In turn, while demand for housing is naturally increasing, British planning laws can be rather restrictive when it comes to finding areas with development potential. Indeed, the number of new homes built in the UK was at a post-war low in 2012, and when demand outstrips supply, prices are bound to climb.

British government schemes, although giving thousands a leg up onto the property ladder, have also indirectly set prices soaring. Thanks to the new funding, more and more potential new buyers are now able to afford their first home, meaning that demand is further heightened, with veritable queues forming outside estate agents’ doors.

While these schemes have made mortgages more attainable and deposits more realistic, it also means that there is a lot of competition among first-time buyers. In popular areas, people must remain on constant high alert, with elbows at the ready, to force their way to that desirable property before anyone else.

First-time buyers who have – against the odds – managed to get their hands on a British new-build, however, may well feel a little short changed when signing those long-awaited mortgage papers. New homes in the UK are among the most petite in the world – much smaller than those of our neighbours across the Channel.

In fact, the Royal Institute of British Architects is campaigning against the fact that the average size of a new one-bedroom home in the UK is a mere 46m², the same size as a London Underground carriage on the Jubilee line. These stingy size restrictions may well mean that first-time buyers begrudge signing up to costly mortgages for new-builds, especially if they’re planning to start a family.

So, it really comes as little surprise that sights are increasingly set past British coastlines and often hit upon French shores. And what a sight for sore, not to mention property-hungry, eyes France is. Late last year, Moneycorp also reported that the country is one of the most popular destinations for property tourism. So what exactly puts it up there with the best counties in the world?

As a rule, new-builds in France are more spacious and, thanks to healthy competition, banks are eager to draw in new borrowers, with mortgage rates hitting a low in 2013. These great deals aren’t just for the French, either; British buyers have access to them too, and may find the rates far more stable than those they’re offered at home. Now could be a great time to jump ship from the UK and if you’re looking to buy your first property, the timing may not get much better.

It is, however, worth bearing in mind that the house prices in France may continue to deflate over the next year or so, although different regions have their own property microclimates. Still, for those intent on owning their own home and making the most out of these low rates, the risks are perhaps worthwhile. Especially if you take into account the quality of life which France offers.

For young first-time buyers who are generally all about the location, France has a particularly strong draw. From flawless stretches of sunny golden coastline to the blanketed slopes of popular skiing resorts; lush expanses of unspoiled countryside to vibrant, cosmopolitan cities, the neighbourhood options are almost boundless.

These varied location choices may well play a part in France’s success in affording its residents one of the best lifestyles in the world. Also, with affordable travel options and countless areas of interest, there is an abundance of opportunities for internal trips and holidays – something perhaps especially alluring to younger expats.

So popular are French tourist spots that the UN found France to be among the most visited countries in the world in 2013 – reflecting the country’s richness of culture and profusion of must-visit regions and landmarks.

What’s more, with the standard working week being 35 hours, and bonus days available on top of the minimum five-week annual-leave entitlement, workers may well find themselves with the time to make the most of the country.

There is plenty to draw British first-time buyers overseas and, with everything it has to offer, it’s no wonder that France is one of the first ports of call for prospective newcomers to the property market.