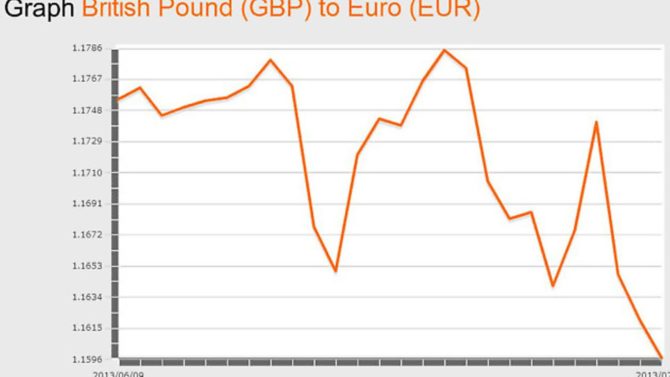 For the first time since the 2008-09 financial crisis, monetary policy in America and western Europe is beginning to diverge and it will have considerable ramifications for the pound and euro. The American Central Bank, the Federal Reserve, has recently suggested it will scale back asset purchases as the economic picture continues to improve in the US. Recent economic data supports a picture of a gradual but sustained recovery, unlike the picture in Europe which remains one of economic weakness.

The problem faced by both the European central bank and Bank of England is a recovery that is much weaker in the UK and eurozone than the one underway in America. Talking about tighter monetary policy at this point could derail the meagre economic recovery. Confirming to the markets, businesses and consumers that monetary policy will remain highly simulative for a good while yet has become very important to keep confidence levels on an upward trend. This explains why both the ECB and BoE recently unveiled a new weapon in the central bank armoury – forward guidance.

Forward guidance works by pre-committing the Central Bank to a certain policy for a set amount of time, or by tying monetary policy to an economic outcome. The rationale behind the move is to make sure that the tapering of asset purchases by the Federal Reserve does not kill off growth on this side of the Atlantic.

Any actual action by central banks is likely to be many months away. However, because markets are forward looking, policy decisions six months away have an impact on currencies now as market participants adjust behaviour and positions in anticipation of the move. Diverging monetary policy in the US on one hand, and the UK and eurozone on the other, means that the dollar remains a currency of strength. It is also highly likely to continue to strengthen while the euro and pound move in the opposite direction.

If both the euro and pound are set to be weak in the coming months, what does that mean for the GBP-EUR exchange rate? That depends to a large extent on the new Bank of England Governor Mark Carney. The market expects him to be highly dovish in his approach, which translates into a weaker currency.