Buying a French château or manor house for under €1m 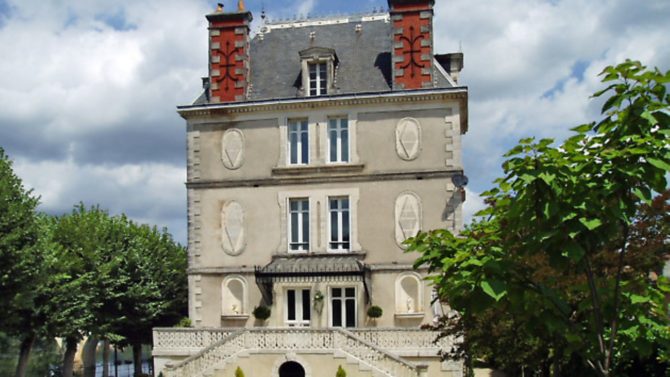 4 magical examples on the market in Dordogne and the Loire Valley, chosen by Joanna Leggett

Some years ago when I first visited France, an old lady told me that according to ancient lore, when Michael the Archangel first came down from heaven to visit France, his arms were laden with châteaux. Arriving at the Loire Valley, he dropped all the large heavy ones, then flew on south where it was so beautiful he threw his arms in the air with joy, scattering the hills and valleys with the rest.

Traditionally, châteaux were the principal country homes of the gentry and nobility, supported by 1,000-odd hectare estates to provide the basic necessities of everyday life. They were considered to be a symbol of power, a physical demonstration of your wealth and allegiance to the king. Moving on a few hundred years, ancient inheritance laws led to many estates being parcelled up and sold off in order to pay taxes, making it somewhat difficult these days to find a château with more than 400 acres. While some properties remain in family hands and have passed from generation to generation, it is possible to find châteaux to meet most budgets, starting from just over €500,000.

Manor houses, or manoirs, also originated during feudal times and were often built on land given by a king to a lord or knight. As a result, these types of buildings tend to be a little smaller in size and land area. While châteaux are generally of an older era, manoirs continued to be built and there are some wonderful examples of 19th-century and Napoleonic architecture available throughout the country, as well as from the Belle Époque period.

An outstanding and affordable example of this latter period is a six-bedroom maison bourgeoise sitting quietly in St-Astier, close to the departmental capital of Périgueux. This south-facing Belle Époque home is bordered by the banks of the River Isle and has been lovingly restored to its former glory, while incorporating some 21st-century luxuries. Formal rooms open out onto the entrance terrace with garden and river views (perfect for summer dining), and every mod con has been thought of – gas central heating, an extensive wine cellar and an ultra-modern kitchen with granite worktops. There is also a coach house with garaging for four cars.

Built around the beginning of the 19th century, this stunning manoir boasts not one but two vaulted cellars – storage for Napoleon’s brown wine no less. For anyone thinking of running an upmarket B&B operation, this is a prime location just two hours from Paris with seven immaculate en-suite bedrooms, large reception rooms and a fully fitted modern kitchen. In addition, the property boasts working fireplaces in practically every room. Of course, like any self-respecting manoir, it also features its own well, outbuildings, garages, heated swimming pool, ponds and a stable block, and the list goes on.

If only a château will do to fulfil your dream, Dordogne has many beautiful options available. One such is a 19th-century example set within 20 acres of mature, private parklands, large enough to become a boutique hotel or equestrian centre. Situated in the Périgord Vert close to the charming town of Mareuil, it has eight bedrooms and three bathrooms, with potential to create further en-suites. There is also a three-bedroom gîte, barns and an orangerie, an expansive swimming pool and a wine cellar. The original servants’ bells are a real treat, still intact and in working order.

For those to whom a château means a romantic idyll with real towers, how about a historical six-bedroom example just 20km from Argenton-sur-Creuse, with direct train links to Paris? Dating back 700 years or more, the outstanding attributes of this property are its three towers with beautifully tiled pointed conicals – all newly roofed courtesy of the current owners – and its separate frescoed chapel, currently used as an office and library. The château overlooks a beautiful valley and is surrounded by approximately 31 acres of land, part of which comprises woodland as well as its own river frontage.

3 things to remember before buying a château:

1. Heating – when châteaux were originally built, keeping warm meant an extra fur throw over the bed and fresh straw on the flagstone floor. Old stone buildings can be hard to keep warm and insulation can be costly to install.

2. Roofing – an expansive old property with the quirky towers which first attracted you to buy could be very expensive to re-roof. While there are some grants available in France for the restoration of historical buildings, generally such grants are only likely to come through after the completion of copious amounts of paperwork.

3. Change of use – it can be difficult to obtain change of use for a listed building. If you are thinking of running a boutique hotel or any sort of business from your château, first check to see if change of use has already been granted or is feasible to obtain.