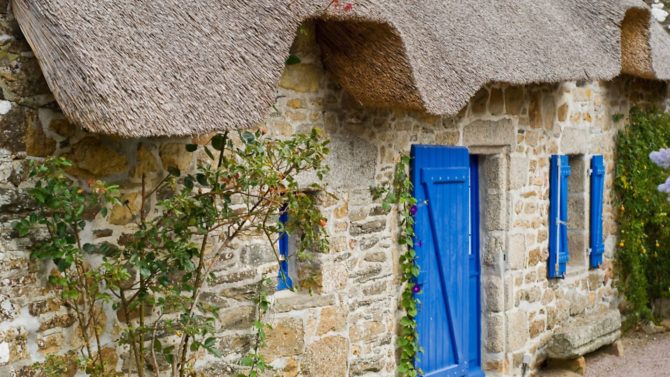 In the immediate aftermath of the Brexit vote, concerns about the rights of British citizens living in Europe post-Brexit caused many French property hunters to put their plans on hold. But just a few months later the British buyers are back in force

Has #Brexit had an effect on your plans to buy a #property in #France?

Shortly before Britain triggered Article 50 last March, we asked our readers if Brexit had dented their dreams of buying a home in France.

“Yes,” came the reply from many of you. Four in 10 respondents said they were putting househunting on hold until there was more clarity. One in five said they might abandon their plans altogether.

We need your help with an article! When are you hoping to buy a French property? #poll #frenchproperty

But what a difference a few months makes. In November we asked our social media followers how soon they were hoping to buy a French property. This time, almost everybody had plans to buy within five years. In fact, more than half the Facebook respondents and over a third of Twitter respondents hoped to pick up their keys within a year; and the vast majority of comments were from people moving to France for good.

“We are calling it the Brexit backlash,” says Trevor Leggett, British founder of nationwide estate agency Leggett Immobilier. “It’s clear that many Brits have been thinking about keeping a foothold in Europe and they are now putting their hands in their pockets and buying. We will have sold around 1,400 properties across France in 2017, compared to 1,100 back in 2016.”

So why the change of heart? In December a joint agreement was announced which finally set out an agreement between the UK and the EU on citizens’ rights, the Northern Ireland border and the divorce bill. Under this agreement all UK nationals legally residing in France by 29 March 2019 will be allowed to stay and enjoy the same rights as they do today, including on healthcare and pension uprating. However, Brexit negotiators have been careful to qualify this agreement with the statement “nothing is agreed until everything is agreed”. But even before this announcement it seems Francophile Brits are no longer willing to sit around and wait for answers.

Peter Bowen hopes to secure a holiday home or rental opportunity after he retires in 2019 at the age of 55, with a view to moving out perhaps 10 years later. “Not concerned about Brexit in the slightest,” he said. Meanwhile, Mark Boldry is similarly unflustered about the risk of Brexit scuppering his move in 2021. “What will be will be,” he said. “Life goes on.”

Our survey was small, just a snapshot of attitudes, but it rings true for Matthew Cameron, head of French legal services at Ashtons Legal. “We saw a slowing down of the market in the second half of 2016; however since early 2017 this trend appears to have reversed and we are seeing a fair amount of new interest in the French market,” he said.

As for Charles Miller, whose agency Charente Immobilier covers one of the favourite destinations for British buyers, his response is to the point: “We are run off our feet!”

So the Brits are back?

We don’t yet have official data for 2017, but anecdotal evidence certainly suggests that British buyers are more active now than a year ago.

Annual sales to non-resident Brits dipped by 10% in 2016 to 5,492, seemingly in the wake of the referendum and the dramatic drop in the value of sterling. However, that’s not quite as dramatic as it seems as sales had already shot up by 45% from 2014-2015 and by 33% from 2013-2014 as UK buyers enjoyed the purchasing power brought about by the strong pound at the time.

Some agencies say UK buyers are still holding back, however. Charles Smallwood, of Tarn-based Agence L’Union, said: “The market has slowed down somewhat as more and more UK distractions are muddling the minds. Read UK newspapers, watch TV news, listen to the radio and it is all bad and disrupting.”

Patrick Joseph, of My French House agency, has noticed a similar reticence. “Most Brits are tentatively trying and often missing out, most of them probably waiting to know more about Brexit,” he said.

Are expats flocking back to the UK?

So far, no Brexit-inspired mass exodus has materialised, according to Julie Savill of Beaux Villages Immobilier, an agency covering the south of France. “It is something of a myth, popular in certain quarters, that all Brits are giving their homes away in a desperate rush to avoid property seizure and deportation,” she says.

Jason Porter, of international tax and wealth management advisers Blevins Franks agrees. “We are not seeing a large change in the percentage of people selling up and moving back to the UK, compared to the usual number doing so on an annual basis,” he says.

One of the reasons why the misconception may have come about is because British buyers are increasingly buying from British sellers. Far from being a symptom of Brexit, however, this is largely natural turnover in a market that has become more mature, say the experts, as well as the UK’s particular love affair with the traditional stone houses shunned by many French buyers.

There are now almost 160,000 UK citizens in France and every year thousands of them sell up – but not all of them come back to the UK. In fact, of the 8,296 Brits who bought property in France in 2016, more than one in three was already living there and was relocating within the country.