Where to buy the best baguette in Paris 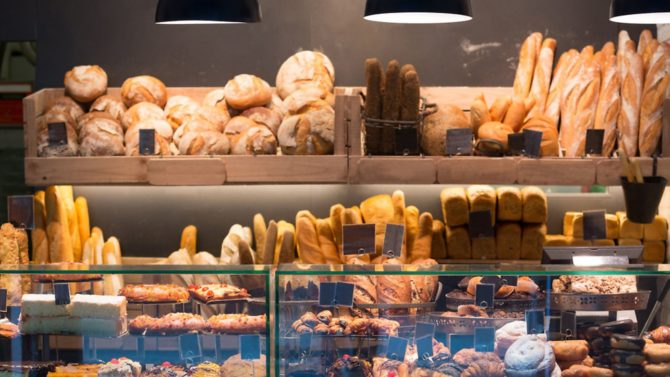 We all know French baguettes are the best but how do you decide which boulangerie to visit? Luckily there is an official baguette competition to help you find the best baguette in Paris

With more bakeries than you can shake a (French) stick at, how do you decide which baguette is best? Fortunately, the annual Grand Prix de la Baguette competition, now in its 23rd year, tells you exactly where to find the best baguettes in Paris.

The winner is chosen by a panel of 14 judges using strict criteria: baguettes must be between 55cm and 70cm long, weigh between 250 and 300 grams, and have a salt content of no more than 18 grams per kilo of flour.

The results are in for 2017 and these are the top 10 boulangeries you need to know about. Get ready to form an orderly queue.

After coming second in the competition in 2015, Sami Bouattour has been crowned baker of this year’s best baguette. In addition to the prestigious title, the prize includes €4,000 and the honour of baking fresh baguettes for the Elysée Palace every day for the next year. Former restaurateur Bouattour says the secret to his success is “quality and a passion for the job”. He already sells 700 baguettes a day in the week and 1,200 a day on weekends. Paris mayor Anne Hidalgo will officially present Bouattour with his prize this week to coincide with the 22nd Fête du Pain.

Also located in the 13th arrondissement, you won’t have to go too far to try a baguette baked by Aux Délices de Glacière’s Khemoussi Mansour too.

Baker Tanguy Lahaye believes in the importance of seasonal, organic ingredients produced in France. As a result, all of the baguettes, viennoiseries and patisseries at Boulangerie Dupain are made from organic flour sourced from local artisan millers.

Born into a family of bakers and pastry chefs, Gontran Cherrier knows what he’s doing when it comes to making the perfect baguette. In his own words, “I love bread and bread fills my life”. Sounds good to us.

If you’re arriving into Gare du Nord or Gare de l’Est, head straight for Boulangerie Bichon to pick up a baguette baked by Abdallah Lakoum.

Baker Gilles Levaslot has appeared in the top 10 before, so he clearly has a reputation for a good baguette.

Baker Mahmoud M’Seddi began selling his baguettes and pastries in the 14th arrondissement two years ago, and he’s sure to have many more busy years ahead.

The best picnic spots in Paris

61 French words and phrases to use whe shopping in France

With ovens visible to the public, you can watch your daily baguette being baked by Ismaël Sylla before your very eyes here.

Situated at the heart of the Goutte d’Or quartier in the 18th arrondissement, the patisseries are just as tempting as the baguettes made by baker Swan Casenove.

The 9th arrondissement is home to lots of big-name department stores including Galeries LaFayette and Printemps, so keep your shopping energy up with a baguette baked by Hubert Beatrix at Maison Hubert Trévise.