Win! A copy of the book, Bernard Buffet: The Invention of The Modern Mega-Artist 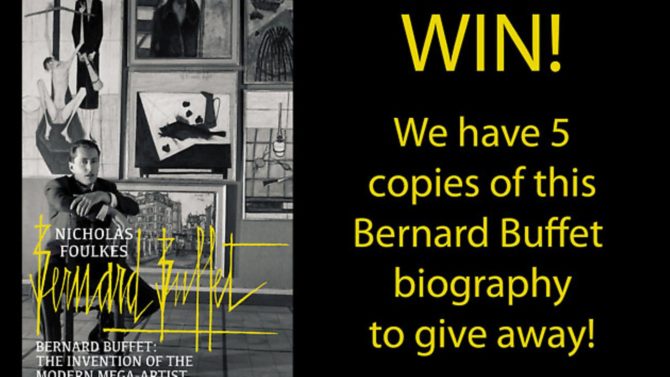 Enter our competition for your chance to win a copy of the book Bernard Buffet: The Invention of The Modern Mega-Artist

This in-depth biography of the French artist, Bernard Buffet, is the first of its kind to be published in English, telling the extraordinary story of the artist’s life and his ultimate fall from grace. Once hailed as a genius, Buffet shot to fame as a 20-something, hailed as a successor to Picasso and the first of the so-called Fabulous Five (to include Francoise Sagan, Roger Vadim, Brigitte Bardot and Yves Saint Laurent). The story is vividly laid out against a glamorous backdrop of St-Tropez, New York and Paris, and lays bare the tragedy behind one of the most controversial and divisive painters. Today, 70 years after Buffet first found fame, critical opinion of his work remains divided but interestingly, as he is rediscovered, his paintings continue to rocket in value.

We have five copies of Bernard Buffet: The Invention of The Modern Mega-Artist to give away. Click here to enter.

Previous Article Healthcare in France: What is a mutuelle?
Next Article My experience of applying for French citizenship